Self-Action Leadership in Real Life: Success from Chicago's South Side 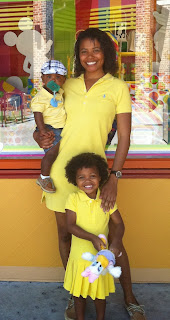 What does Self-Action Leadership look like in real life?

Meet Felicia Cockrell. Her success story highlights the impact of Self-Action Leadership application in communities where structural inequalities and other difficulties play a prominent role.

Felicia was born in Chicago's infamous "South Side," where drugs, gangs, and murder have been, and continue to be, dangerously prevalent. It is a challenging place to grow up.


Despite these challenges, Felicia utilized Self-Leadership in creatively powerful ways to rise above the obstacles of her surroundings to become very successful -- so successful, in fact, that she landed a job making six figures working for a Fortune 100 Company. She is presently a Project Manager for Google.


Keys to Felicia's Self-Leadership Success included stellar academic performances, involvement in athletics, and working to effectively manage the negative peer pressure that is so prevalent among teenagers.

In her own words:


"I didn't get made fun of a lot because maybe they could tell I wasn't ashamed. I wasn’t really involved with other people who were concerned with making sure I looked cute for the boys. I didn’t really hang out with people like that, which helped me avoid the peer pressure that so strongly pushed other people in my community to focus so much on clothing and image above education and inner security."

By looking inward into her own mind, heart, and soul for direction, Felicia was able to learn how to brush off the immature opinions of would-be nay sayers around her.

"One of the things I’ve seen hurt many people in the inner city is the pressure to not be successful. You would be surprised at how many parents will jab at their kids and say things like: 'You’re never going to ever be anything, so why do you even try?' Tragically, that kind of stuff is said in a lot of households; there is just a lot of negative reinforcement to not achieve goals. The aim is to maintain the status quo, which isn’t anything to brag about. My advice to everyone who faces that kind of pressure and negative reinforcement is to not let anyone bring you down. And believe me, they will try. Some people will even make it their goal in life to bring you down; don’t let them do it!"

Because of her excellent grades, Felicia ended up being accepted into prestigious public (magnet) schools where she continued to work hard and exercise diligent self-discipline and leadership. The result? She was accepted into a top ten engineering school (Purdue) where she eventually earned a Bachelor's Degree in Engineering. She also became an officer in the U.S. Navy where she served for another four years in locations around the Globe. After retiring from the Army, she accepted a job with a major Fortune 100 Company, where she commands a handsome salary as a successful project management professional.

Read Felicia's complete story in my book: Self-Action Leadership: The Key to Everything.

What are some areas in your life where you are allowing Self-Leadership Gravity (peer pressure, what other people think of you, etc.) to prevent you from achieving your goals?

Specifically, what can you do to rise above the negativity that seeks to pull you down and stifle your success? What can you learn from Felicia's story to become more inwardly driven along your pathways to progress?

After pondering these questions, determine an action you can take, write down your goal, and then go to work.
- November 11, 2013

A Beautiful Idea from a Wonderful Person

SAL QUOTE and POEM indexes coming soon! In the spirit of subject "INDEXES," which we have published over the past several weeks, w... 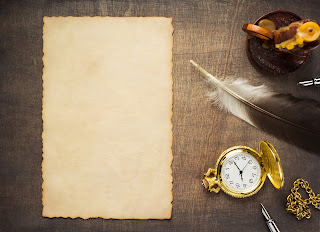