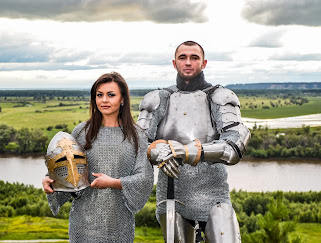 In recent blog posts, I recounted my three (3) favorite movies and explained why I love them so much. Among these reasons are the life leadership and character-development strategies they so richly exhibit and powerfully personify. Among the many virtues and attributes displayed and personified in these three movies—Robin Hood: Prince of Thieves, The Count of Monte Cristo, and Risen—perhaps the most prominent and memorable one is COURAGE—the topic of the next two (2) Freedom Focused blog posts. It is my hope that you will come away from these two articles with a better, clearer, and deeper understanding of this vital Self-Action Leadership characteristic and virtue.
In his book, Profiles in Courage, which I will discuss at greater length in next week's post, John F. Kennedy refers to COURAGE as "that most admirable of human virtues" (p. 1).
I love to study and practice this valuable virtue and characteristic. I also love observing its personification in others. Moreover, I take conscious actions every single day to cultivate it within my character. I am encouraged to do so by my own conscience, noteworthy examples of others, and the advice of one of my favorite nineteenth century thinkers: Emerson, who wrote that "he who is not every day conquering some fear has not learned the secret of life.

"He who is not every day conquering some fear has not learned the secret of life."
— Ralph Waldo Emerson

Many scenes in Robin Hood: Prince of Thieves are dedicated to COURAGE. One in particular features Robin as he courageously confronts one of his Merry Men, Will Scarlet—who we learn later in the film is actually his younger step-brother (unbeknownst to Robin for most of the movie).
Will seeks an easy way out of the problem posed by the Sheriff of Nottingham and his evil henchmen. Scarlet's plan favors cowardice and capitulation, which will certainly lead to bondage.

Robin has a broader vision of his and their potential. Moreover, he is courageous enough to confidently paint a picture of that potential—even though he initially stands alone in his view. In the process, he persuasively exposes the cowardice and folly of Will's plan and rallies the entire group to aim for something greater and more desirable than they had ever dreamed possible.

It is a moving scene worth watching... 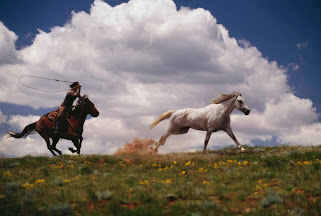 A common misnomer about COURAGE is that courageous people don't feel fear.
That is complete nonsense!
Courage is NOT the absence of fear.
Courage is bold, decisive, and confident ACTION in the face of fear.
Perhaps John Wayne said it best when he quipped that:

"Courage is being scared to death and saddling up anyway."
—John Wayne

As a cultural anglophile—I have deep ancestral roots in the British Isles and have a college degree in English—one of my favorite scenes in the movie Robin Hood: Prince of Thieves, comes at the very beginning when Robin has a chance to exhibit something he calls "English Courage." The scene takes place in an enemy prison in Jerusalem, where Robin finds himself at the beginning of the movie—away from home fighting in King Richard's religious "Crusade" of the late twelfth century.

Click HERE to watch a MOVIE CLIP of this SCENE.

The exhibition of this kind of courage fits nicely into many cultural caricatures of what it means to be courageous. However, the reality is that most of us may never have an opportunity to exercise courage in such a dramatic or climactic manner.

Another misnomer about COURAGE is that you have to be in a certain place at a certain time doing a certain thing in order to exercise courage. In other words, only some people have opportunities to be truly courageous—and only at certain times.

That, of course, is also complete nonsense!

Everyone, everywhere, has opportunities everyday to exercise courage. In fact, it has been my experience that many of the scariest things we ever do in our lives come in the form of COMMUNICATION in relationships. As such, if you ever communicate in any relationship, then you are going to have plenty of opportunities to exercise courage throughout your life and career.

You don't have to be a physical daredevil to exercise courage. Situations involving doing the right thing when it isn't convenient, or opening up your mouth (or in some cases, keeping it shut) will provide you with ample opportunities to exercise courage throughout your life and career.  Once again, to quote Emerson:

"He who is not everyday conquering some fear

has not learned the secret of life."

These words of America's prized nineteenth century philosopher and poet have become a living mantra for me. Rarely, if ever, does a day go by when my life does not provide me with an opportunity to exercise courage in one form or another. And the growth and progress that comes from choosing courage over cowardice is incalculable!

I still have a long ways to go; but the progress I've made to date has been palpable, noticeable, and filled with rich personal and professional rewards. 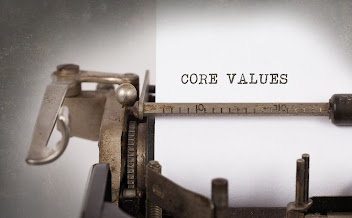 Another form of courage that ALL of us can exercise every day of our lives involves thinking about, saying, or doing something hard to do that is good, right, and true. This kind of courage leads to long-term happiness, success, and prosperity. The price of such courage, however is delayed gratification. Unfortunately, too many of us too often value immediate gratification above principles and values.

It take a LOT of courage to think, speak, and act in ways that are consistently reflective of true principles and your own deepest held personal values.

Each of us has opportunities every day to exercise self-discipline, self-regulation, self-control, and otherwise delay gratification in a variety of forms. When such opportunities present themselves, how do we respond? With courage? Or with laziness—which can also be a form of cowardice?

One of the most meaningful, emotive, and touching scenes in Robin Hood: Prince of Thieves comes near the end of the movie. It once again involves Robin Hood and his step-brother, Will Scarlet. After a deadly and unsuccessful battle in Sherwood Forest with the Sheriff and his soldiers, Will Scarlet and several others are captured and imprisoned in Nottingham Prison. Will then cleverly obtains his release by ostensibly agreeing to return to the forest and kill Robin if he is not already dead.

However, despite the previous ill will between the two, Will has, over time, come to admire, respect, and believe in his older brother and the vision he has established and carried out with the help of his merry men and their families. Consequently, he is not fully committed to his purported plan. Instead of carrying it out, he courageously confronts Robin about their past issues. It is at this point in the movie that Robin learns for the first time who Will really is. In a moving moment of family reunion and reconnection, the two brothers embrace and then courageously covenant with each other to stand side-by-side "to the end" by seeing through their plans to defeat the evil Sheriff and his oligarchic reign of tyranny.

Click HERE to watch a clip of this MOVIE SCENE.

Robin, Will, and the rest of their inner circle then courageously put their plan into action, which leads to the kind of "All-American Happy Ending" that we cherish in this optimistic, can-do nation. In the process, they inspire good people everywhere to dedicate their lives to overcoming evil and expanding FREEDOM by championing the good, the right, and the truth.

At least that is what it did for me back in 1991. And what it has continued to do up to this very day! 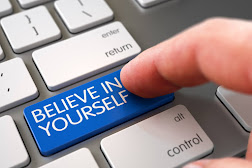 In what ways are you good at being courageous? In what ways could you exercise more courage in communication with others or in tackling inner fears that hold you back from becoming all you are capable of becoming?

I invite you to take stock of your own "Courage Quotient" today and then make a plan to begin stepping outside of your "cowardice zone"  and into your "Courage Zone" a little bit more—beginning immediately! 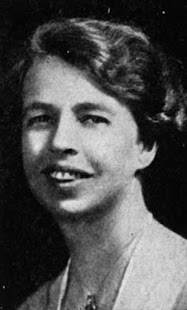 A sad irony exists about COURAGE.
The irony is this: those who cave to cowardice do so because they are trying to avoid pain and perceived regret. In reality, however, cowardice is the surest pathway to both pain and regret.
Courage, on the other hand, provides an expressway to FREEDOM and PEACE of MIND—in the long run. In the incisive words of Eleanor Roosevelt—niece of President Theodore Roosevelt and wife of President Franklin Roosevelt:

"Courage is more exhilarating than fear. And in the long run, it is easier. We do not have to become heroes overnight. Just a step at a time, meeting each thing that comes up, seeing it as not as dreadful as it appeared, discovering we have the strength to stare it down."

Tune in NEXT Wednesday for Part 2 in this two-part series on COURAGE.
And if you liked this blog post, please share it with your family, friends, colleagues, and students—and encourage them to sign up to receive future articles for FREE every Wednesday.
To sign up, just enter your email address on the upper right hand side of this page where it says: "Follow by Email." Then hit "Submit" and follow instructions from there. Doing so will provide you with a FREE article from Freedom Focused in your email inbox each and every week of the year on Wednesdays. 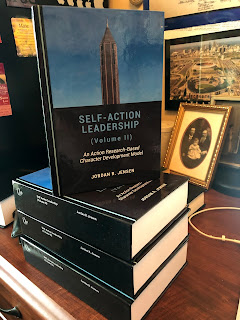