SAL Book: The Cause of Freedom Part 2


AMERICA: THE GATEWAY TO PERSONAL LIBERTY

One of the things that makes the United States a great nation is the gift of liberty she so liberally allots to her citizens. The Founders of our Republic, working in concert with regular citizens, purchased this liberty with countless quantities of “blood, toil, tears, and sweat”[1] expended during the Revolutionary War and subsequent conflicts. Liberty has always been precious to American patriots. In the awe-inspiring words of Patrick Henry:

"Why stand we here idle? What is it that gentlemen wish? What would they have? Is life so dear, or peace so sweet, as to bepurchased at the price of chains and slavery? Forbid it, Almighty God! I know not what course others may take; but as for me, give me liberty or give me death!"[2]

Since her earliest days, America has proven to be the world's greatest gateway to liberty. The poet Emma Lazarus captured this unprecedented phenomenon when she penned the following words, now inscribed at the base of the Statue of Liberty in New York Harbor:

Give me your tired, your poor,
Your huddled masses yearning to breathe free,
The wretched refuse of your teeming shore.
Send these, the homeless, tempest-tost to me,
I lift my lamp beyond the golden door!

For over four centuries, people from all corners of the globe have immigrated to the “New World” in hopes of securing the opportunities that only liberty could grant. The United States of America has been, and to a large extent still is, the world’s great Gateway to Liberty.

In the modern world’s darkest hours of world war, when freedom and democracy were threatened by monarchy, and later fascism and genocide, the U.S. stepped up, and stepped in, to provide the necessary money, resources, firepower, manpower, leadership, and resolve to see the Allies through to victory—not once, but twice in the past 100 years. 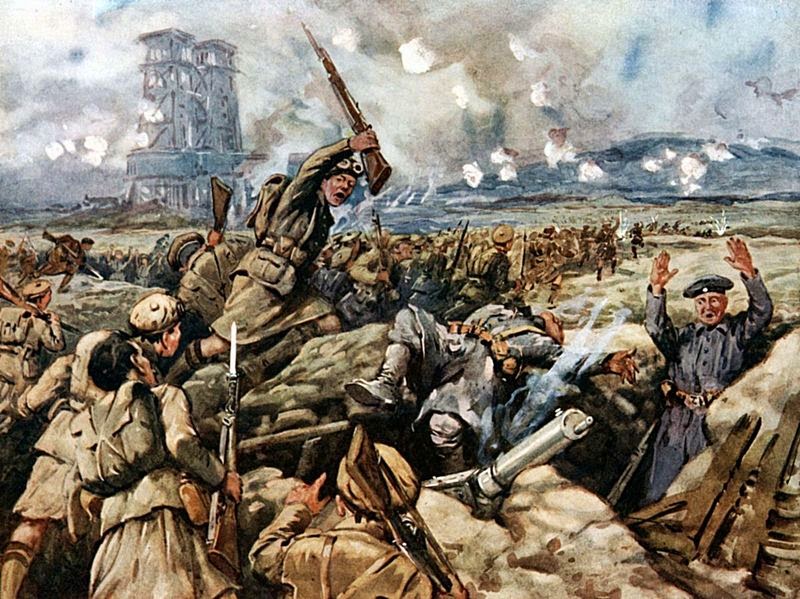 No song ever sounded our resolve with more confidence and patriotism than the lyrics of George M. Cohan’s timeless classic, Over There. Written in 1917, shortly after America’s entrance into the First World War, also known as The Great War, the leadership of Cohan’s pen and piano sounded a clarion call around the World:

We did go over there, and we didn’t come back till Allied Forces had won both wars and, in the words of President Woodrow Wilson, made the world “Safe for Democracy.” Cohan’s words send chills from the top of my head to the soles of my feet, not because they represent clever lyrics or good poetry, but because they were backed up by COURAGE & ACTION—two increasingly elusive commodities in our postmodern world where preaching is prodigious and practice is pathetic, if not absent entirely. Thank God for the goodness and greatness of the United States of America. Without her, the world—and liberty—would be in far worse shape than they already are.

LIBERTY: The state of being free within society from oppressive restrictions imposed by authority on one’s way of life, behavior, or political views.
FREEDOM: The power or right to act, speak, or think as one wants without hindrance or restraint.[3]


This book highlights these important differences further, as follows:

LIBERTY: state-granted freedoms such as freedoms of speech, religion, assembly, and the right to bear arms.
FREEDOM: personal liberties earned as a result of exercising self-discipline, diligence, and self-reliance over time in humble acquiescence of True Principles.

Liberty is your right to choose without the threat of an external enforcer precluding that right. Freedom, on the other hand, refers to your capacity (or lack thereof) to choose your thoughts, speech, and actions according to consciously selected values and decisions—as opposed to merely responding to your present mood, natural inclination, or external condition.[4] Liberty is the collective gift we all enjoy because of those who have sacrificed so much on the battlefield and beyond. Freedom is the reward that individuals earn when they pay the price of Existential Growth by aligning their thoughts, speech, and behavior with True Principles.
Exercising your personal freedom to be proactive rather than reactive is the personification of personal power. It also largely determines the long-term extent of your influence on others.

It is possible to enjoy liberty without freedom. For example, all Americans enjoy the same basic liberties. Some Americans, however, end up enjoying much more freedom than others over time as a result of a strong work ethic, a good education, a positive attitude, and a personal dedication to discipline, integrity, self-reliance, and True Principles.

On the other hand, it is also possible to enjoy freedom without liberty. For example, American prisoners of war (POWs) in Vietnam had no liberty during their multi-year stints in the infamous Hanoi Hilton, yet many of these noble men achieved staggering feats of courage, acuity, resiliency, and education[5] by exercising the mental, emotional, and spiritual freedoms the Viet Cong could not take away from them. The “V”—as the POWs referred to their captors[6]—could deprive them of liberties and torture their bodies. They could attempt to brainwash their minds and break their spirits. But in the end, they could not control the wills and responses of those who refused to relinquish their inner freedom to resist.[7]

One famous prisoner of war, Victor Frankl, labored in Nazi concentration camps during World War II. Despite his abject circumstances and crushing captivity, he enjoyed more freedom than many of his fellow prisoners, and in a sense, even more than his captors, because of the discipline he exercised over his mind and attitude, and the courage he showed under intense pressure and fatigue. Frankl understood the principle taught by the Scottish warrior William Wallace, who famously, albeit fictionally, cried to his men in rallying them to fight against their English foes: “They may take our lives (or liberty), but they’ll never take our freedom."[8]

There are many people who enjoy liberty, but are not free, having sacrificed their freedom on the altar of selfishness, hedonism, gluttony, addiction, irresponsibility, and nihilism. The cost of this poor use of liberty is that many tragically live out their lives in voluntary bondage, so that they come to say in the end, “I now see that I spent most of my life in doing neither what I ought nor what I liked.”[9]

One of the great paradoxes of life is that personal freedom can only expand as individuals voluntarily submit their thoughts, speech, and behavior to the edicts of True Principles. Freedom, therefore, can only come after we align our thoughts, speech, and actions with true principles. There is no other pathway to true freedom. You must pay its price, which is typically high, heavy, and hard. It takes much effort, and enormous courage. But for those willing to pay the price, the rewards are bountiful and lavish; they include expanded personal freedom, prosperity, and peace of mind.

An American Renaissance of Personal Responsibility 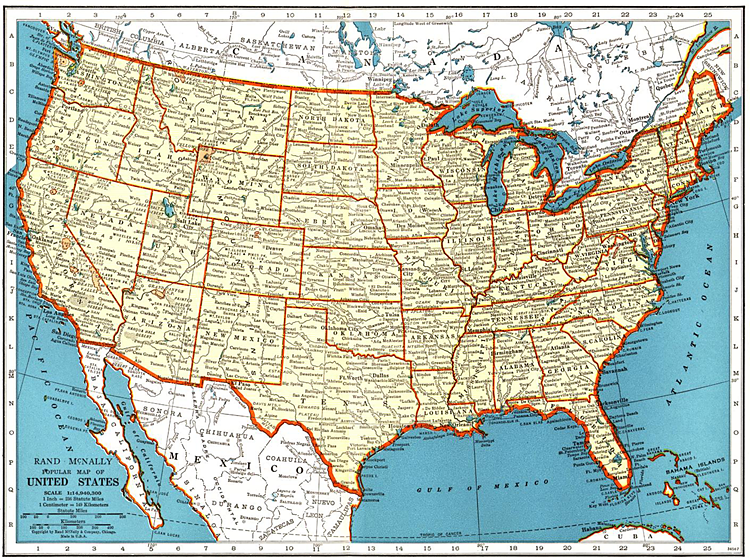 What would the world look like without America? I shudder to contemplate such a dour scenario. I am proud of my rich heritage as a citizen of the United States. I am proud to be an AMERICAN, where liberty is protected, and freedom is ever possible. Nevertheless, we must all open our eyes to the fact that our Nation currently faces deep divisions, menacing internal character and cultural issues, and a menagerie of external enemies on the world-stage who would gladly harm or kill us if given the chance. Such adversity cannot be successfully met and overcome without addressing the root of the problem--the true enemy--that lies inside each one of us. These extraordinary difficulties will not resolve themselves; and ignoring them will only intensify their already frightening symptoms.

I invite YOU—and individuals from all walks of life—to rise up and join Freedom Focused in ushering in a Renaissance of personal responsibility and character education in defense of American ideals. Such foci, combined with a resurgence of national patriotism, will serve to promote and protect the liberties granted us by the Constitution, and protect us from dangers that loom ominously within and without our Nation’s borders. In coming years and decades, our liberties, opportunities, and perhaps even our very lives may depend on this vital reawakening.

[1] Titular phrase taken from Winston Churchill’s first speech to the House of Commons after becoming Prime Minister.  Delivered on May 10, 1940.
[2] From Henry’s famous speech entitled, The War Inevitable, delivered March 23, 1775 before the 2nd Virginia Convention in St. John’s Church in Richmond, Virginia.
[3] Definitions of liberty & freedom provided by the New Oxford American Dictionary (electronic version).
[4] Covey, S.R. (1989). The 7 Habits of Highly Effective People: Powerful Lessons in Personal Change. New York, NY: Fireside.  Page 71.
[5] According to POW Lee Ellis, “The lack of books or outside resources did not limit our continuous learning in the POW camps.  We relied on recall of past education, and where there was a lack of clarity on a subject, we tried to get a consensus of the best minds” (p. 123).  Everything from calculus and public speaking to history, politics, philosophy, science, and foreign languages were taught amongst the prison mates.  In Ellis’ words: “It’s remarkable how much talent [and knowledge] resided in that group of military men” (p. 122). See Ellis, L. (2012). Leading with Honor: Leadership Lessons from the Hanoi Hilton. FreedomStar Media.
[6] Shorthand for the Viet Cong.  A nickname given to their captors by American POWs in in the Vietnam conflict.  See  Leading with Honor by Lee Ellis, Page 17.
[7] For a detailed description of the horrors faced and successes achieved by Vietnam POWs in the “Hanoi Hilton,” I highly recommend Lee Ellis’s 2012 book, Leading with Honor: Leadership Lessons from the Hanoi Hilton. FreeomStar Media.
[8] From the movie, Braveheart, directed by and starred in by Mel Gibson (1995).
[9] Lewis, C.S. (1995). The Screwtape Letters. New York, NY: Bantam.
- November 25, 2014