It is that time of year again.  Yes, the clock and calendar are once again approaching the 4th of July. As you and your family, friends, neighbors, and communities begin making plans for this special holiday, we at Freedom Focused invite you to read the following article and reflect on the blessings you have been given as a citizen of the United States of America.

I was blessed to grow up in a family, community, and church that understood the need for and value of patriotism. The best way we can make the world a better place is to make America -- or whatever land in which you live -- a better place, and we begin making America a better place by loving, serving, and rooting for our own country. 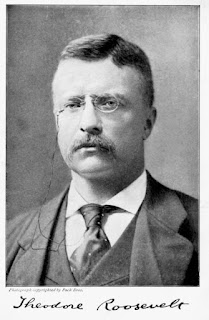 In the sage words of President Teddy Roosevelt:

A [person] must be a good patriot before he can be … a good citizen of the world. Experience teaches us that the average man who protests that his international feeling swamps his national feeling, that he does not care for his country because he cares so much for mankind, in actual practice proves himself the foe of mankind. …

Now, this does not mean in the least that a man should not wish to do good outside his native land. On the contrary, just as I think that the man who loves his family is more apt to be a good neighbor than the man who does not, so I think that the most useful member of the family of nations is normally a strongly patriotic nation. [1]


Let us not fear, my fellow Americans, to shower upon our homeland all the authentic love and patriotism we can muster, and let us not aspire toward the mean or mediocre out of a concern for offending other nations. Should LeBron James lower his level of play for fear of offending other NBA players with his greatness on the basketball court? Should Steven Spielberg lower his cinematic standards for fear of appearing superior to other Hollywood directors and producers? Should Meryl Streep tone her talent down a tad so as to give a fighting chance to other female actresses? The answer is nay, Nay, and NAY! Collective greatness is the result of individual greatness, and individuals become great because they first see and are inspired by other individuals who were great in days gone by.

The patriotism principle posits that larger groups and organizations are most likely to be successful when individuals patriotically take pride in smaller units and teams of which they are a part. Individuals should strive to be the very best they can possibly be. Families, organizations, schools, and yes, countries should do no less. 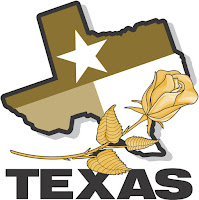 Self-action leaders should take great pride in every group of which they ever play a part, as long as the group is generally good. For example, I am not just proud to be an American, I am also proud to be a native Utahn and an adopted Texan. Moreover, when I lived in Arizona, Georgia, Washington, and New Mexico, I was proud to be a citizen of those States. When I lived in Alberta and Newfoundland, I was a proud to be a visitor to those Provinces, and to this day, I am proud of the great country of Canada, and grateful for her loyal friendship to my country. As a result, when I hear the stirring words of “O Canada” being sung, though it is not really “my home and native land,” I nonetheless proudly sing out the words of our northern neighbor’s anthem – whose words I have memorized – in honor of the four years in which I was privileged to live in that beautiful and impressive country. 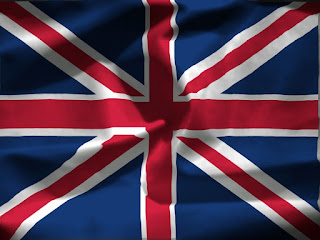 I am also proud of my Danish—and especially of my British—ancestry and heritage (while my surname is Danish, the majority of my ancestry is English and Scottish). My forbearers, while not perfect, were, in my estimation, some of the best people who ever lived. And while no other anthem or flag in the world can touch The Star Spangled Banner and the Stars and Stripes for this proud Southern Yankee, I also know the words to God Save the King/Queen, and have a special place in my heart for the Union Jack—the anthem and flag that signaled “home” to most of my distant forefathers and mothers.

I am proud to be a citizen of Carlsbad and Eddy County, New Mexico, and am proud of Copperstone—the apartment complex where I currently live. I am proud to be a member of the “Jensen” family. I am also proud of my church and religious heritage, which is uniquely American.

I am proud to be an alumnus of the various schools I’ve attended over the years (ten in all). I’m even proud to be an English (undergraduate) and Education (graduate) major.

I am proud to root for Ed Orgeron and the LSU Tigers' football team. I am proud of my fantasy baseball team and the fact that I was the champion of my league twice (in 2014 & 2016). Most importantly, I am proud of who I am as a human being and self-action leader.

I do not proclaim these feelings of pride because “my” groups possess any superiority to any other groups; we are not! Nor do I do so because I think you should feel patriotically for, or become involved in, the same groups as me. I merely say it but because they are my groups—the organizations and entities to which my life and work inevitably becomes a reflection.
In saying this, I should make clear that PATRIOTISM is NOT tribalism. As such, I do not express these feelings of pride in any desire to be adversarial to other groups. Quite to the contrary, authentic patriotism does not tear groups apart. Rather, it serves to bind them together in a common bond of human worth, dignity, and affection.

The issue at hand is not exclusively American patriotism and greatness, or pride for any one group over another, but the spirit of patriotism and excellence for which self-action leaders must embrace if they are to be successful. Would to God that all persons from all countries loved, supported, and worked hard to ensure the excellence of their own land. Frenchmen ought to be patriots of France. Brits ought to be patriots of the UK. Brazilians ought to be patriots of Brazil. Kenyans ought to be patriots of Kenya, and so forth. And it doesn’t stop there. Everyone everywhere would do well to take pride in whatever groups of which they associate—as long as those groups stand for goodness and truth. While it is true that no group, just like no individual, is perfect, it is also true that improvement is a by-product of focusing on an individual’s or group’s strengths and potentialities, not on their weaknesses and past sins.

In the spirit of individual and collective excellence, let us, as self-action leaders, never shrink from taking pride in being the best at something either individually or collectively. For it is the best that inspires others to also become great. And it is the humility to admit one’s past failures and study those who are more successful than you are that leads to future success. I have never achieved anything of significance in my life or career from being jealous or hateful toward someone who was bigger, stronger, faster, smarter, wealthier, harder working, or more successful than I was. My success is a direct result of admiring, and then learning from those who were better than I was so that I could, in turn, improve myself and better align my behavior and develop new habits to someday achieve success of my own.

The best opportunity the rest of the world has to realize its potential is for the United States to continue its 233-year legacy of excellence by seeking to maintain its status as the greatest country in the world. Indeed, other nations are great in large measure because the United States was first great, and many nations are presently floundering in part because of the moral entropy and atrophy of leadership that, like a malignant tumor, is eating away at the roots of American exceptionalism on multiple levels. 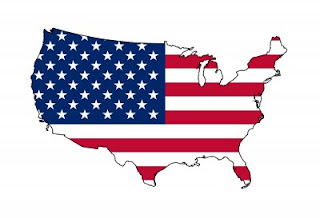 May we take great pride in the unique exceptionalism of our august nation—not an arrogant pride borne of an erroneous sense of pseudo existential superiority, but a humble pride that will make us ever cognizant of the duties and obligations that come with being high achievers and exemplary leaders. In the process, may we do all in our power to maintain the greatness of our land, which, like erstwhile superpowers, has unfortunately begun its slide down the slippery slopes of moral entropy. If not reversed, such slipping always lands its slider in a wasteland of either mediocrity or utter destruction. Maintaining the highest standards of education, leadership, and moral and ethical living is the quickest and surest way to restore American greatness at home and abroad. It is also the best way to further empower other nations to rise to their potential. After all, would the NBA have a LeBron James or Kobe Bryant today if it didn’t have a Michael Jordan in the last generation?


[1] From Roosevelt’s speech, Citizens in a Republic, delivered at the Sorbonne in Paris, France on April 23, 1910. 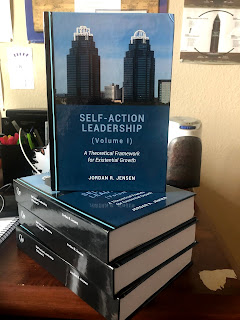 Click HERE to buy a copy of the Self-Action Leadership Textbooks.
- June 11, 2015