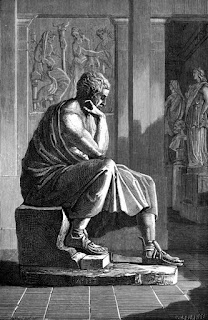 A thousand years from now, when historians and philosophers speak of the early twenty-first century in America, it is possible that the primary discussion will not will be about the brutal ideological battles that took place between liberals, conservatives, and moderates; nor will they be heralding the epic political struggles between democrats, republicans, and libertarians.

No. The real struggle of our age is not ultimately a political or ideological struggle; it is rather a tale of misplaced priorities—all of which are undergirded by the dreadfully mistaken notion that there really isn’t any real right or wrong outside of the mercurially unsteady inclinations of the individual.

While there are THREE basic kinds of people in our nation today, it is erroneous to merely categorize the three groups under simple monikers wrought from ponds of political parlance or the inclinations of ideological idiom. Rather, the three categories can be labeled thus:

Those in the first group believe that a structure, system, or organization is nothing more than a synergized conglomeration of the individuals that make it up. Therefore, if you purify bad individuals (or purge them from the group) the group itself can begin to heal by virtue of good leadership, morally or otherwise.  The goal of this group is to change individuals, who are then empowered to bring about real and lasting changes in structures, systems, and organizations.  Their view is that if you change the individual, you empower change within the structures.

Those in the second group believe that the structure, system, or organization itself is where the real problem lies, and that if you could only get the larger entity right, then individual purification would naturally follow.  The goal of group two is to perfect systems, which, they believe, will then open up opportunities for individuals to purify themselves.  Their view is that if you change the systems, you empower the individual to change.

Those residing in the third group don’t really believe in anything except that they themselves are more important than others, and that their desires and inclinations ought to be satiated at any cost. The good news is that in civilized societies, such parasites are usually in the minority. The bad news is that they are always a menacing nuisance to larger groups of which they are part. They produce untold sorrow in the hearts and minds of virtually everyone whose paths they cross. The worse news is that their numbers have been gradually multiplying throughout America since the end of World War II—when America reached its apex of selflessness at the conclusion of an epic war where Americans quite literally rescued the rest of the world from the throes of evil.

There are good people to be found in groups one and two, but only group one possesses the correct mindset for bringing about real, lasting change.  This is because structures, systems, and organizations are made up of individuals, not the other way around.  Macro systemic change without is therefore an outgrowth of micro individual changes within.  You cannot create real or lasting change within a macro system without first reforming its micro constituents--it's impossible; anyone who says otherwise is simply parroting the ideological, and I might add--quite popular--but ultimately erroneous rhetoric of group two.  This rhetoric is popular because it is easier.  Yes, it is much easier to look for and try to solve problems that are "out there" than it is to look for problems inside your own self, family, community, group, culture, etc.

Despite the self-evident truism that individual change must precede lasting structural change, group two has grown to become both multitudinous and powerful throughout the United States in recent generations. In defense of group two, it is true that many of their leaders and acolytes are decent people who make legitimate points about changes that do indeed need to be made in structures, systems and organizations--most of which are rooted in regrettable past grievances. 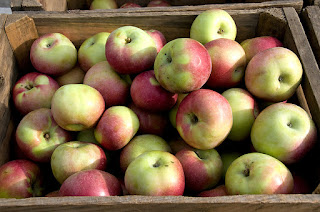 The fundamental problem of our age, however, is that such a large sector of society really does believe the untenable myth that structural change prefaces individual change, which, in actuality, is a mathematical and scientific impossibility. You cannot change a structure or system without changing the individuals who make them up; nor can you cleanse a toxic environment without removing the poison that polluted it in the first place.  A box of apples that has begun to rot is not fixed by replacing the box; it is remedied by extricating the bad apples and replacing them with good ones.  It also involves washing off the residue of rot that has begun to rub off onto what good ones remain.

Over two thousand years ago, a man who claimed to be divine, and who dedicated His life to personal sanctification and purification—and then to teaching others to follow His example—both warned of and condemned those whom he called out as, “whited sepulchres, which indeed appear beautiful outward, but are within full of dead men’s bones, and of all uncleanness.” [1]

I am no divine teacher. I am, however, a teacher. I therefore raise my voice in warning about the dangers of putting the proverbial "cart before the horse" by attempting to sanctify structures without first focusing on purifying—and when necessary purging an organization of—those individuals that form the base ingredient of all false, foul, and fiendish structures presently polluting our nation’s organizational systems, both public and private.

If America is to regain the national unity, honor, and influence it once held after leading the liberation of an entire Planet from a devil incarnate 70 years ago, the time has come to stop spending so much time complaining and crying about the filth of the outer vessel and begin directing our attention inwardly toward the errors engrossed in our own minds, hearts, attitudes, and behaviors.  It is the only pathway that will return us to greatness.

I do not disagree with nor disparage the good intentions of those seeking to change structures and systems when real problems persist therein.  Many structures and systems are flawed, and need to be revisited, revitalized, and reformed. I simply make an earnest appeal to common sense and natural law, which has, does, and always will demand individual change as the prefacing price of real and lasting organizational purification and change.  After all, won't we as change agents be able to better see what actually needs to change systemically once we are more structurally sound ourselves?  I would argue YES!

Let us therefore stop blaming structures, others, and the past for our problems—both individually and collectively. Let us begin instead to seize upon the power of the present and look deeply within ourselves to see where inner purification is needed. Again, in the words of the master teacher, who upbraided the "whited sepulchres" (who sought to stone the adulteress) with the most poignant of all possible rebukes: “He that is without sin among you, let him first cast a stone at her.”[2]

The process of personal purification can prove ponderously and perplexingly painful and problematic—and that is why we are all apt to avoid it so vociferously. It is so much easier to find something wrong with someone or something else than it is to humbly confess, "Yep, I'm part of the problem too."  An even more difficult admission is: "It's my responsibility to change." There are many highly intelligent people throughout our nation who have dedicated decorated careers to pointing out, calling out, and openly condemning the sins of others while completely ignoring their own.

Just the other evening I saw a famed professor from an even more famous University make this very mistake while speaking with the host of a well-known op-ed news program. The host was arguing for changing individuals and families while the professor countered with, “No, structures must be changed first.” With all due respect to the very smart professor; he is dead wrong, and the cultural malaise he seeks to remedy will only get worse until intelligent professors and leaders all over the nation STOP putting the cart before the horse and START teaching their folds that real change always, Always, ALWAYS begins within—not without.

I love my country. I am concerned about her present and future. After nearly three decades of careful research, observation, and experience, I have come to know both intellectually and viscerally that the best way to make America great again is to change myself—and then teach and influence others to do the same. We will never change systems and structures—must less societies and cultures—until we first change ourselves and shepherd our various flocks to do the same.

I have dedicated my life and career to changing myself—and then teaching others to do likewise. If you’d like more information on how you can start this journey of self-change -- and of influencing those you lead to follow your example -- and thereby begin the difficult, but oh-so-rewarding process of bringing about real self-change that can, in-turn, improve your family, community, state, nation, and world by a factor of the only being you can actually control—YOURSELF—I invite you to subscribe to this blog and visit our website at...  www.freedomfocused.com

Click HERE to read about Dr. Jordan Jensen's scholarly work, as well as his OWN painful journey toward self-purification and individual change, click HERE.