A Sacred Day of Remembrance

One of the most famous poems in the English Language was written during World War I by Lieutenant Colonel John McCrae, an officer in the British Canadian Army.

With eloquent concision, McCrae's haunting verse reminds us all why we must all REMEMBER... on Veterans Day, and ALWAYS. 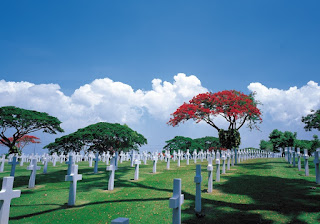 
In Flanders fields, the poppies blow
Between the crosses, row on row,
That mark our place; and in the sky
The larks, still bravely singing, fly
Scarce heard amid the guns below.

We are the Dead.  Short days ago
We lived, felt dawn, saw sunset glow,
Loved and were loved, and now we lie
In Flanders fields.

Take up our quarrel with the foe;
To you from failing hands we throw
The torch; be yours to hold it high
If ye break faith with us who die
We shall not sleep, though poppies grow
In Flanders fields. (1)

Flanders is a name given to the northern regions of Belgium, a vital area of the Western Front where much fighting took place during the First World War.  After several years of service on the Western Front, McCrae lost his own life to pneumonia in January of 1918 -- less than 10 months prior to Armistice Day.  In death, McCrae joined over 10 million other soldiers who gave their lives in uniform during what had been the bloodiest conflict in human history up to that point in time.

The official armistice ending World War I was finalized between the Allied Forces (Britain, France, the U.S.. et al.)  and the Central Powers (mainly Germany & Austria-Hungry) on the 11th hour of the 11th day of the 11th month of the year 1918.  Each year, citizens throughout the English and French speaking worlds celebrate either Veterans Day (U.S.), Remembrance Day (British Commonwealth), or Armistice Day (France, et al.) on November 11th to honor and memorialize their sacred dead.

In British Commonwealth Countries and France, citizens commonly adorn their lapel's with a single poppy -- a symbol inspired by McCrae's legendary poem -- during the week each year whereupon Armistice Day falls.  They do so as a tangible reminder of all who served in previous conflicts, and especially those who "gave the last full measure of devotion"(2) in defense of liberty and peace.

Although I am an American citizen, I had the opportunity to live abroad in Canada for several years in Alberta and Newfoundland.  During this time period, I came to appreciate this common cultural token of honor and respect.  As such, I like to don my own poppy on and around Veterans Day even though I reside south of the 49th parallel. 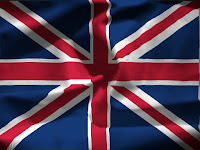 On days like today, I feel extra proud of my American citizenship, as well as my ancestral, cultural, and national ties to our strongest allies -- Canada and Great Britain.  The world would be a VERY different place without the United States, Great Britain, and Canada.  Indeed, were it not for these three GREAT countries, much, if not all, of the world would most likely be speaking German, Japanese, Italian, or Russian. 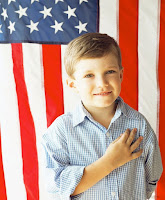 On this important day of sacred REMEMBRANCE, I hope and pray we will all take a moment to reflect on the countless blessings we have in our lands and lives because of those who "gave their lives that this nation [and others] might live" (3).

Below you will find a few ideas about how YOU can make the most of your own personal, familial, or community celebration of Veterans Day, and thereby adhere to John McCrae's challenge to hold your own torch high, lest ye break faith with those who died in Flanders fields and beyond.

Click HERE to read about America: The Last Best Hope of Earth

Click HERE to read about The Cause of Freedom, Part 1

Click HERE to read about The Cause of Freedom, Part 2

Click HERE to read about John F. Kennedy's Challenge to All American Citizens

Dr. Jordan R. Jensen believes in a philosophy championed by President Theodore Roosevelt and others that posits that the strength of Republics is contingent on the "Quality of the Individual." (4)

Dr. Jensen is not a politician, but an educator, who seeks to lead a resurgence of American greatness through dedication in the classroom and beyond.  His highly acclaimed new book, Self-Action Leadership: The Key to Personal, Professional, & Global Freedom, articulates his vision for developing "Quality Individuals" through character education and personal leadership development. 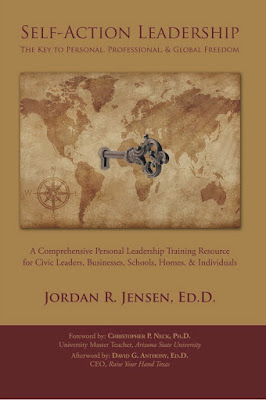 
Click HERE to buy a copy of Self-Action Leadership