What are We Going to Do With the Troubled Millennial Generation?

The recent wave of anti-free speech rhetoric and anti-authority anarchy and bullying exhibited by college students around the country has many rationally minded citizens wondering, "Has the Millennial Generation gone mad?"

Or does the blame really belong to the multitude of pedagogical shepherds (professors) who have infected their flock with a viciously vitriolic diet consisting largely of anti-American professorial pap for far too long?

Freedom Focused holds that the teachers, not the students, are where most of the blame belongs, and the solution will likewise begin with educators. In the meantime, and on a side note, isn't it ironic how the millennial fold has begun to turn on the same intellectual hands that have been feeding their minds full of the very ideology with which their protege's are, in turn, presently condemning them with? It never ceases to amaze me how individuals and organizations really do reap what they sow in the long run.

The good news is that the game is not yet over for Millennials. Despite being labeled (and sometimes appropriately so) as a generation full of overly entitled, technology-addicted, excessively PC, whiny little brats, I hold out great hope for this generation -- the largest, and most diverse and dynamic in American history.


It is true that these young people have collectively been unduly mollycoddled by parents, teachers, coaches, and professors who have raised up a generation that often believes they are too special to fail, too smart to take advice from their elders, too preeminent to take direction or accept discipline from authority figures, and too sophisticated to respect anyone from American history who was not marginalized or underprivileged. Indeed, every Millennial would do well to listen to David McCullough Jr.'s famous speech, You are Not Special. (Click HERE to watch McCullough's speech).

Despite the many real and perceived ills of the Millennial Generation, I remain optimistic about their future.  Indeed, I share in the sunny outlook of generational scholars William Strauss and Neil Howe, who have written extensively on the Millennial Generation and their potential for limiting their liabilities and shoring up their strengths in preparation for the national and international crucibles that they and we as a nation will face in the future.


Millennials presently have an ever-increasingly challenging world to navigate -- and it's likely to get a lot more dangerous and complex before it gets simpler and safer. According to Strauss and Howe, world history travels in predictable cycles, with the next great challenge, dubbed "The Crisis of 2020," right around the corner. This impending disaster will not be a minor national incident or difficulty, but an international calamity on part with the Great Depression and the two World Wars of the last century.

While ALL generations will play a vital role in successfully maneuvering this global trial, the Millennial Generation will primarily provide the foot soldiers (literally and figuratively) that will, like the Greatest Generation, ultimately win the conflict. In Strauss and Howe's words, this coming crisis:


Will be a major turning point in American history and an adrenaline-filled moment of trial. At its climax, Americans will feel that the fate of posterity—for generations to come—hangs in the balance. This crisis will be a pivotal moment in the lifecycles of all generations alive at the time. The sense of community will be omnipresent. Moral order will be unquestioned with “rights” and “wrongs” crisply defined and obeyed. Sacrifices will be asked, and given. America will be implacably resolved to do what needs doing, and fix what needs fixing (From Strauss W. & Howe, N. (1991). Generations: The History of America’s Future, 1584-2069. New York, NY: Quill [William Morrow]. Page 382.)

How will this often troubled, yet potential-laden generation rise to the occasion of successfully meeting and defeating their (and our) destined challenges? The answer is through education, or in the case of many, re-education.

The good news is that the handbook for turning the tide of postmodern pedagogy and revisionist history into an authentic curriculum borne of Kantian Universal Laws and patriotic truth-telling has NOW been written.  It is called, Self-Action Leadership: The Key to Personal, Professional, & Global Freedom -- a comprehensive personal leadership guide for civic leaders, businesses, schools, families, individuals, and YES -- Millennials!

Self-Action Leadership emphasizes the following Pedagogical Points in an effort to reorient the misguided education that has poisoned the minds of so many Millennials and others, leading them to believe America is the problem, rather than the solution, in the world:

Self-Action Leadership uniquely provides a "Metaphysical Theory of Everything" that serves as a comprehensive guide to one's own self-leadership -- a subject sorely lacking throughout our troubled nation and world, and perhaps especially among Millennials and many of their misguided professors.

The SAL Theory & Model represent the most original and robust training material to hit the market since Dr. Stephen R. Covey's 7 Habits of Highly Effective People.

Read what the experts are saying about Self-Action Leadership. 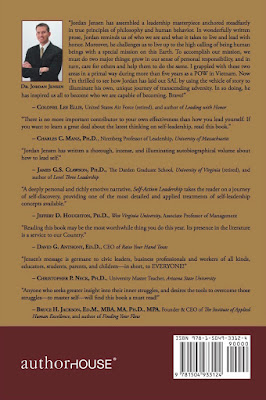 According to one career educator...


"Reading this book may be the most important thing you do this year. It's presence in the literature is a service to our Country."


According to a career Air Force officer and pilot, who served as a POW in the infamous Hanoi Hilton for five excruciating years:


“In Self Action Leadership, Jordan Jensen has assembled a leadership masterpiece anchored steadfastly in true principles of philosophy and human behavior. In wonderfully written prose, Jordan reminds us of who we are and what it takes to live and lead with honor. Moreover, he challenges us to live up to the high calling of being human beings with a special mission on this Earth. To accomplish our mission, we must do two major things: grow in our sense of personal responsibility, and in turn, care for others and help them to do the same. I grappled with these two areas in a primal way during more than five years as a POW in Vietnam. Now I’m thrilled to see how Jordan has laid out SAL by using the vehicle of story to illuminate his own, unique journey of transcending adversity. In so doing, he has inspired us all to become who we are capable of becoming. Bravo!”


And according to a career academic, and the Father of the self-leadership field in the Academe:


“There is no more important contributor to your own effectiveness than how you lead yourself. If you want to learn a great deal about the latest thinking on self- leadership, read this book.”


Click HERE to buy Self-Action Leadership today. There could be no better Christmas gift for the Millennials you know and care about -- as well as anyone (educator or otherwise) who is interested in helping oneself improve while assisting the Millennial generation live up to its billing and calling.


As someone who is nearly part of the generation myself (I missed the cut by a year or two), and who is married to a Millennial, I care deeply about this generation, but am troubled by many of the negative trends and misguided subcultures that have arisen within this paradoxical generation.

Rather than sit idly by and watch these disturbing movements continue unabated, I resolved over a decade ago to dedicate my career to helping this -- and ALL generations -- become all they were capable of by focusing their attention inward toward their own self-management and leadership, instead of outward toward other people, entities, and past grievances (real or perceived).

The time has come for each of us to purify the inner vessel inside ourselves so that we might, in the words of Winston Churchill, "Arm [ourselves] and be ... men [and women] of valour, and be in readiness for the conflict," which is certain to come in coming months and years. 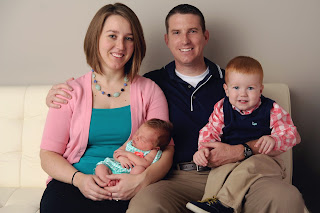 About the Author: Dr. Jordan Jensen is the founder and CEO of Freedom Focused. He was born at the tail end of Generation X.  He holds a Bachelor's degree in English Literature and a Doctoral Degree in Education.  His wife, Lina, is a highly intelligent Millennial who graduated from The Georgia Institute of Technology (Georgia Tech) with a degree in Mechanical Engineering.  She works for a Fortune 100 energy company in the Houston, Texas area, where the couple reside with their two children.