Postmodernists vs. Authenticists: An Existential Comparison

In past articles, I have written a fair bit about postmodernism—and the AGE of AUTHENTICISM that is beginning to gradually eclipse it.  The purpose of this piece is to capture the deep chasm that exists between the THOUGHTS and BEHAVIORS of acolytes of these two strikingly different ages and ideologies, which, to varying degrees, have been battling each other in cyclical fashion throughout human history.

In reviewing this article, keep in mind that no human being is all postmodernist or all authenticist.  Nearly all authenticists have postmodern proclivities of one form or another, and nearly all postmodernists possess redeeming qualities.  Nevertheless, it is true that generally speaking, every individual is always either heading in one direction or the other.  Thus, in the end, you cannot ultimately find yourself in both camps; you do choose one or the other, and more specifically, one of nine gradients of one side or the other.  (Note: there are nine different levels of Existential Growth and Existential Atrophy.  Authenticist ideology leads one to higher levels of the former - EG. Postmodernist ideology leads one to lower levels of the latter - EA. )

A postmodernist believes there isn't any absolute truth and that all "so-called truth" is dynamic and relative to each person's unique life experience. In other words, "truth" (lower-cased) can be flexibly bent to the whimsical exigencies of individual human beings and the perplexing quagmires into which they often entangle themselves as a result of their own choices. To a postmodernist, consequences, along with truth and metaphysical natural laws, are also arbitrary rather than absolute.

In essence, postmodernists seek to become a law unto themselves rather than adhere to, or even admit that any real natural laws governing human behavior may exist outside of or beyond themselves.

An authenticist recognizes that "Truth" (upper-cased) is not only absolute in nature, but that it exists outside of any human wish or inclination. To an authenticist, truth never changes, nor can it be altered. Human beings either choose to seek it out and heed it, or to disregard its tenets and caveats—with relatively predictable long-term consequences following the freely chosen thoughts and behavior of each individual. Authenticists seek to learn about natural laws and then dedicate themselves to living in harmony therewith.

When things go wrong in a postmodernist's life, he or she looks outward for someone or something to scapegoat for his or her problems or misfortune. Postmodernists are fundamentally part of the problem(s) rather than part of the solution(s).

Postmodernists typically don't believe in a Higher Power, or if they do, their belief is one of convenience and caprice. The very concept of faith in what one cannot see or sentiently detect is anathema to a postmodernist because it spoils the notion that the postmodernist him or herself is on top of the universal existential food chain.

Even worse, the acceptance of a Higher Power would create spiritual accountability for one's thoughts and behaviors, something postmodernists are loathe to consider, much less acknowledge. They don't always seek after darkness in an explicit sense; it is just that their pride and vanity won't allow them to make room in their own world for any God that would outrank or otherwise interfere their own self-perceived demigod status. Postmodernists also discount the notion that there is life after death. Doing so makes it much easier to rationalize a whole host of destructive and damning inclinations, behaviors, and lifestyle as being okay—or even good.

Authenticists almost always believe in some form of Higher Power, although their specific spiritual or theological beliefs differ widely. Such faith engenders humility regarding the lowliness of their own existential station, and their reliance on Higher forms of being to access the knowledge and power to to advance existentially themselves. Most importantly, such faith illuminates the existential duty one has to seek after truth and to choose right and good actions over wrong and evil ones to the best of one ability—all while continually seeking after the empowering aid of unseen forces of light along the way.


While postmodernists usually don't believe in a Higher Power, this does not mean they do not have strong, spiritually-oriented feelings. Quite to the contrary, a postmodernist may experience spiritual-esque feelings as potently and powerfully as any authenticist. The difference between the two is not necessarily that one feels more strongly than the other. The difference lies in the thoughts and behaviors a postmodernist chooses as a result of the feelings he or she has experienced.

An authenticist feels strongly about the reality of absolute truth and aligning one's thoughts and behavior in harmony therewith.


Postmodernists view relationships mainly as a means to an end. The quality, therefore, of a relationship for a postmodernist is judged by what one personally gets from the relationship. As a result, postmodernists usually choose to cultivate fleeting, short-term, and sentient or sexual-based relationships rather than investing the time, effort, and sacrifice required to obtain deep, enriching, long-term relationships that fulfill the deepest needs human beings have for authentic interpersonal connectedness.


To a postmodernist, ethical concerns are arbitrary and relative. This does not mean postmodernists are casual or indifferent about ethical concerns. To the contrary, postmodernists are sometimes the most impassioned and vocal about issues surrounding ethics. The problem is the standard by which ethical issues are judged to be issues of concern. Rather than being rooted in natural law, such standards are invariably constructed by postmodernist themselves. There is no absolute standard upon which to base ethicality beyond the pronouncements of postmodern potentates. Thus many ethical issues in postmodernism revolve around ideological pet projects rooted in the mercurial whimsy of mankind's baser instincts and more prurient proclivities.

To an authenticist, ethical concerns are absolute and irrevocable. This view does not negate the possibility of "exceptions to the rule" in situations of ethicality, for authenticists understand the great truth that truth itself is often paradoxical. What it does mean is that ALL thoughts and behavior (including any exceptions to the rule) must align with absolute truth if one's cognitions and actions are to qualify as being ethical and moral.


Postmodernists who persist in postmodernist ideology are easy to spot over time, and reside in two basic camps.

The first camp, which is by far the largest, includes the vast multitudes of individuals who grow old physically having never advanced beyond the EDUCATION (first), BEGINNER'S (second), or PRACTITIONER'S (third) stage of Existential Growth. This camp also includes those who may have advanced to higher levels, but then digressed backwards to one of the lower three levels over time.

The second camp includes postmodernists who are extra talented or clever who descended to the lower levels of the DARK SHADOW. Such descents are widely noticed, admired, and heralded by multitudes of their fellow postmodernists along their descent to the bottom-most rungs of the DARK SHADOW. After descending to such depths, they may experience much fame and adulation from other postmodernists, and even many immature or naive authenticists who confuse their worldly achievements as being indicators of Existential Growth and maturity.

Postmodernists in this camp often enjoy much financial remuneration and prosperity. Sometimes this remuneration is earned quasi-honestly be means of their talent and cleverness. Often it is earned quite dishonestly by means of seduction, manipulation, and downright deceit. Despite the seeming success and grandeur achieved by these individuals, the passage of time always leads to an infamous and ignominious legacy—and sometimes to physical ruin as well.

Authenticists who persist in the authentic living described in my book—Self-Action Leadership—are easy to spot because they are continually growing up—not literally so much as figuratively, in an existential sense. In other words, they are perpetually progressing to higher levels of Existential Growth as defined in the Self-Action Leadership Theory.

Authenticism pursued to its end results in SELF-TRANSCENDENCE (level 8) followed by one's entering the CREATION STAGE (level 9), which marks the beginning of world altering contributions and a legacy that lives on positively, constructively, and indefinitely. 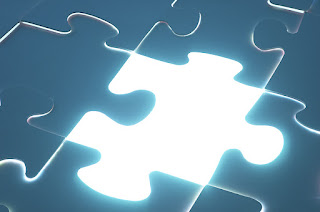 To sum up, and put very bluntly, postmodernism—and the postmodern potentates and populace that supports and promotes it—is/are the problem in our world today.

On the other hand, authenticism—and the authentic and humble practitioner's and parishes that undergird and enliven it—is/are the solution in our world today.

We at Freedom Focused invite you to join us in bringing about an end to the postmodern period and replace it with an AGE of AUTHENTICISM.  By so doing, you can start the process of becoming part of the solution(s) our world needs, rather than contributing to the problem(s) that presently engulf much of our post-postmodern world.

Click HERE to read more about the AGE of AUTHENTICISM 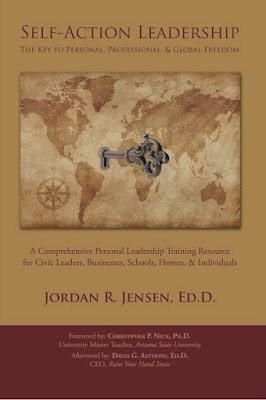 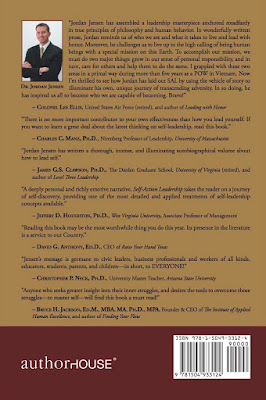