Self-Action Leadership is about taking action to lead yourself. Ironically, however, it is not ultimately about YOU. SAL is much bigger than the individual. Self-aggrandizement is not the goal of SAL, nor is self-improvement its endgame. While Existential Growth is vitally important, it is merely a means to accomplishing SAL’s real end, which is to serve other people. 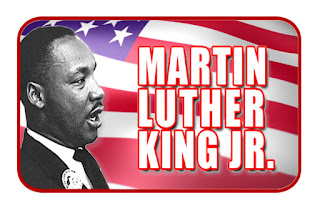 The more you personally learn and grow, the more you will be able to contribute meaningfully to your family, school, business, community, state, nation, and world.


THE QUEST FOR NATIONAL EXCELLENCE & UNITY: REANIMATING THE AMERICAN DREAM 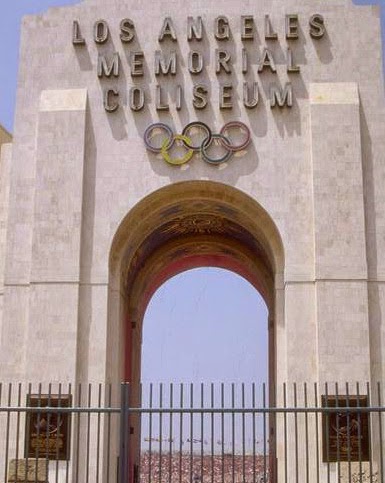 I have always been inspired by the Olympic Games, especially the Summer Olympics. My earliest Olympic memory was watching Mary Lou Retton win a gymnastics gold medal in the 1984 Summer Games in Los Angeles. I was just shy of my fifth birthday, but I can still recall her famous performance on the vault, and the All-American smile that followed her perfect landing.

Watching subsequent Olympics further fueled my passion for competitive sport, goal setting, and the quest for national excellence and unity. To this day, there is nothing quite like watching an American athlete stand atop the first-place medal stand, receive his or her gold medal and flowers, and then hear the regal refrains of the Star-Spangled Banner reverberate gloriously as the athlete sings the stirring lyrics of Francis Scott Key’s inspired anthem. As a boy, I often envisioned myself someday standing atop the winner’s podium to receive a gold medal and sing patriotically before a worldwide audience.

The closest I ever came to competing in the Olympics was racing in the 1500-meters final at the 2003 Junior College National Championships in Levelland, Texas. I took second-to-last place in the race, but just to have qualified for that elite field was an honor and thrill I will always cherish. Though my natural talent never rose to the Olympic standard, I relished each chance I got to place my hand over my heart and sing the national anthem prior to an athletic competition in which I played or raced. Olympic champion or not, I was always proud to be an American athlete who strived to honor my country through personal excellence.

There is value and power in patriotism because it allows individuals to dedicate themselves to a cause greater than themselves. As an American, I hope you will choose to take pride in your citizenship, if for no other reason than the hope of making your country a better place through the exercise of your own Self-Action Leadership. Good-faith displays of citizen patriotism can be an honorable means of developing and then celebrating noble character and high achievement.

As important as individualism is to Americans, our strength is also rooted in our collectivity. Unfortunately, a growing lack of unity is paralleling America’s present decline. Like Greece, Rome, Spain, France, Germany, Britain, and the Soviet Union before her, our land has begun to fall prey to humanity’s perpetual propensity for moral entropy, and the political, military, and cultural enfeeblement that inevitably follows. 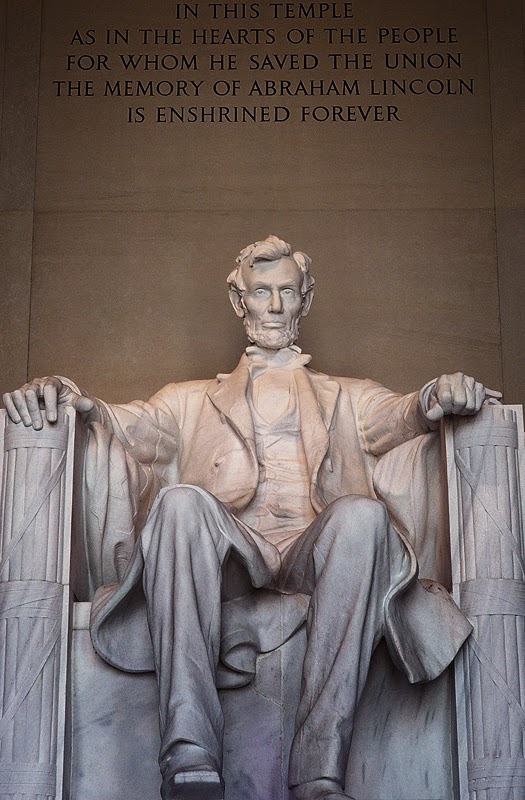 This is sad because it doesn’t have to be the case. Our moral, educational, political, military, and cultural deterioration are not the results of external foes; they are the natural consequences of a collective character crisis. If the United States is ever conquered, it will not be from an external foe. It will result from an internal spoilage. Abraham Lincoln, who presciently spoke the following words more than two decades before the onset of the Civil War, understood this:

"At what point shall we expect the approach of danger? By what means shall we fortify against it? – Shall we expect some transatlantic military giant, to step the Ocean, and crush us at a blow? Never! – All the armies of Europe, Asia and Africa combined, with all the treasure of the Earth (our own excepted) in their military chest; with a Bonaparte for a commander, could not by force, take a drink from the Ohio, or make a track on the Blue Ridge, in a trial of a thousand years. At what point then is the approach of danger to be expected? I answer, if it ever reach us, it must spring up amongst us. It cannot come from abroad. If destruction be our lot, we must ourselves be its author and finisher. As a nation of freemen, we must live through all time, or die by suicide."[1]


MY CONTRIBUTION TO THE NATION I LOVE


I have great respect for the United States military, including all the volunteers who serve or have served the Stars and Stripes in uniform. As a professional seminar facilitator, I have had the honor of training soldiers and civilians in all five branches of the U.S. Military (Army, Air Force, Navy, Marines, and Coast Guard). It is always a privilege to work with these fine men and women, who dedicate their careers—and sometimes their safety and lives—to preserve, protect, and defend the Constitution of the United States of America, and the values and virtues that undergird our nation's greatness. 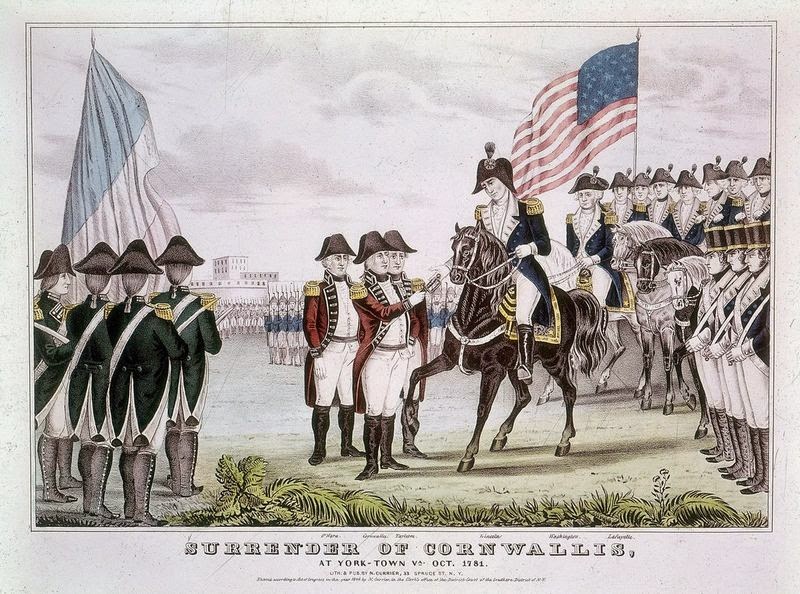 I greatly admire the tremendous contributions made by U.S. servicemen and women throughout history. Some of my own ancestors and relatives have served in uniform, and in several cases seen combat in past conflicts. My fifth great-grandfather served in General George Washington’s Continental Army during our Nation’s founding conflict, the American Revolution. During World War II, my grandfather – an army radioman – landed on Utah Beach following the Allies’ D-Day attack. My own Dad was two years old before he met his father in late 1945, following his honorable discharge from the Army following V-E Day. One of my uncles flew helicopters in Vietnam, and another is a former F-15 Eagle fighter pilot and retired Lieutenant Colonel in the U.S. Air Force. My cousin, a former dentist in the Army, served in Iraq, and one of my best friends (also a dentist) served in the Air Force. On two separate occasions, I considered serving myself. The first time I investigated the opportunity, I learned I was ineligible because I was taking medication to treat OCD and depression—a categorical disqualifier of any applicant at the time. The second time, when I was no longer on medication, another professional opportunity replaced any would-be military consideration.

Although I have never had a chance to serve my country in uniform, I have always been eager to know what I could do to serve out of uniform. This desire is fueled not only by my admiration for those who have served, or are serving, but by my recognition of the tremendous liberties and endless blessings I enjoy as a result of my U.S. Citizenship. America has done so much for me. The real question is: what have I done for America?

Since I first learned about my remarkable heritage as an American, I have been asking myself this question. One of my goals in writing this book is to give something back to the country that has done so much for me. This nation has made it possible for me to have dreams, pursue them freely, and eventually accomplish them.

It is payback time.

While this book may be a paltry contribution compared with others who have dedicated entire careers—or even their lives—to the defense and betterment of the USA, a literary contribution is something I can do; therefore, it is what I will do. In writing this book, I have – to the best of my ability – attempted to articulate and explain the principles and practices I know can reanimate the American Dream for anyone willing to learn and apply them.

The American Dream has become a reality for my wife and me, and it can become a reality for you, your children, and your children’s children. But remember that the American Dream is just that—a dream—unless you are willing to learn about it and then seek after it with all you’ve got. It will not simply walk up and knock on your door. Prosperity is not a right guaranteed by citizenship; it is a privilege earned through Self-Action Leadership. Therefore, in the end, it doesn’t really matter who your parents are or aren’t, or how much money, opportunity, or love they did or didn’t bequeath to you. The true American Dream is no respecter of persons. It is available to all; but it must be chased with energy and ambition if it is to be caught and realized.


[1] Excerpt from Lincoln’s speech entitled, The Perpetuation of Our Political Institutions, given at the Young Men’s Lyceum of Springfield, Illinois; January 27, 1838.  For a full transcript of the speech, visit URL: http://www.abrahamlincolnonline.org/lincoln/speeches/lyceum.htm
- November 30, 2014