How I Came to Develop Self-Action Leadership

The Seeds of Self-Help


This chapter tells the story of my background with self-help literature and chronicles the journey that led to the development of the SAL Theory & Model.


In 1994, Warner Books published my Uncle Hyrum’s, The 10 Natural Laws of Successful Time and Life Management, which eventually sold over a million copies. The summer of that year, I worked on Hyrum’s ranch in Southwestern Utah. I was 14 years old.


The work of a ranch hand was tedious, dusty, and physically strenuous. Summer days were dry and hot, with temperatures often exceeding 100 degrees Fahrenheit. For most of us, our daily commute included a ride in the back of an old, white Ford pickup truck. One week, we were scheduled to build a fence up in the mountains many miles away from our bunkhouse. Facing a long, bumpy road ahead of me on the way to work each day for a week or so, I decided to take a book along to read. The books title was, The Magic of Thinking Big, by David J. Schwartz, Ph.D.

Once I started reading, it was hard to stop, and not just because I enjoyed reading more than digging post holes in the desert. I enjoyed the book so much that I would sometimes read at lunchtime, and after work was over. I kept reading until I had read, marked, and annotated the entire book. The words of Schwartz’s message sunk deep into my mind and heart, spawning rich daydreams about my potential. I was motivated by the fact that I didn’t have to be a ranch hand for the rest of my life. I was further inspired by the idea that I could ultimately design my life largely according to my own desires if I was willing to pay the price over time. When I read the words, “When you believe, your mind finds ways to do,” [1] I was inspired by the personal power and capacity I possessed to accomplish difficult tasks and achieve meaningful accomplishments. 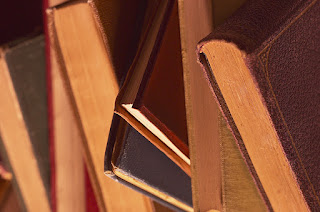 At this point in my life, I already had a nascent conceptualization of SAL, and took interest in other self-help books and audio and visual programs. This material included Tony Robbins’ Unlimited Power, and his world-famous audiocassettes, Personal Power. [2] There was also Norman Vincent Peale’s The Power of Positive Thinking for Young People. And I’ll always cherish reading my Dad’s personal copy of Dale Carnegie’s How to Win Friends and Influence People. He had purchased his copy in the mid-1960s as a young missionary in England, and it had that wonderful “old book” smell. At this time, I was also introduced to material from Zig Ziglar, Brian Tracy, and others.

When I was in eighth grade, my mom started collecting Gary Smalley’s relationship videos. [3] Though it would be years before I would start looking seriously at exclusive dating or marriage, I enjoyed watching these programs with my Mom, and learned a great deal about personality differences and successfully cultivating intimate relationships.

My oldest brother Paul—a successful salesman—shared my passion for personal development material and sent me a videotape of the famous business philosopher, Jim Rohn. Later, as a direct salesman, I was re-introduced to Rohn. While I ultimately failed as a direct salesman and network marketer, his address on Building Your Network Marketing Company has enormously influenced my thought processes about the price of success generally speaking.

In high school, I also attended a couple of Peter Lowe’s day-long-success seminars where I had the chance to hear high profile speakers such as President Gerald Ford, General Colin Powell, Zig Ziglar, Karl Malone, and others speak and teach on subjects related to personal development, self-improvement, and success. Shortly after graduating from high school, I also read my uncle’s book, The 10 Natural Laws of Successful Time and Life Management. Through this extended process of association, the seeds of SAL were deeply implanted in my mind, heart, and soul.


Later on in college, I voraciously consumed Stephen R. Covey’s The Seven Habits of Highly Effective People, which planted powerful seeds of knowledge in my mind that produced deep desires to begin constructing my own model of self-leadership. I also diligently practiced and completed Og Mandino’s 45-week challenge outlined in his book, The Greatest Secret in the World. Over a long period of time, I gradually developed and refined my own thoughts on self-leadership that would eventually evolve into the SAL Theory and Model.

At age 25, I began harvesting my ideas on the subject; the construction of the SAL Theory and Model had begun. At age 26, I published my first book, I Am Sovereign: The Power of Personal Leadership, a self-leadership guide for teenagers, which contained my first version of the SAL Model. I developed the SAL Theory later on as a part of my doctoral research. This book is several iterations removed from this original work. It has been an exhilarating journey to observe its gradual evolution into the book you now hold in your hands.

[1] Schwartz, D. J. (1995). The Magic of Thinking Big. London, UK: Pocket Books. Page 122.
[2] Years later when I moved to Georgia for the first time, I went through many of Robbins’ Unlimited Power II tapes.
[3] These programs focused on family relationships, especially between husband and wife.