Two days ago, I submitted my fully-proofed, typeset manuscript to Cambridge Scholars Publishing. This comprehensive, 2-volume Character Development and Life Leadership TEXTBOOK will be available for purchase in printed form toward the end of this year.

I have been working on this extensive book project since 2003. It underwent five complete iterations (versions) before a real publishing house finally picked it up in early 2018. This latest, 2-volume version is the sixth edition, and like previous iterations, has gotten better with each round of improvements.

Over all these years, I have invested thousands of hours researching, writing, obtaining valuable feedback from educated and insightful people, rewriting, and otherwise refining and polishing this product in hopes that it might be of service to my nation and the world when the time is right.

Shortly before submitting the finished manuscript, I had an experience that prompted me to add an unplanned "Postscript" to the completed work. It is reprinted below. I invite you to read this message and, if it resonates with you, share it with others and then sign up to receive this FREE BLOG, where I publish related articles from time-to-time. 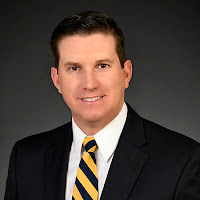 A formal invitation to join us at
Freedom Focused in a


I did not originally plan on including this “postscript” in this book’s manuscript. A recent experience changed my mind and led directly to the composition of this capstone essay, which I pen in the form of an invitation.

Recently, I left a foreign country to return to my homeland—The United States of America—on an overnight, transoceanic flight. The airport I left was clean, organized, efficient, and well run.

To my deep chagrin, however, the airport I arrived at in my own country was dirty, disorganized, inefficient, and sported a lackluster milieu of unmotivated employees who clearly lacked leadership, direction, and incentive to put forth their best efforts. On behalf of the city and state where the airport was located, and to a lesser extent my nation as a whole…

With two-and-a-half hours to make our connecting flight, my wife and I should have had plenty of time to pass through customs, retrieve our luggage, re-check our baggage, and make our next flight on-time. After all, our in-coming flight arrived on schedule and there were no weather issues or mechanical snafus in our connecting city. Notwithstanding, the disorganization of the airport staff and the discombobulation of the airport’s existing structures and systems caused us to miss our connecting flight, despite having an expansive 150 minutes of time at our disposal. As a result, we had to stay overnight in our connecting city and then arise at the wee hours of the next morning (3:45 a.m.) to catch the next flight to our desired destination.

Not exactly an ideal travel experience; nor was it my idea of fun.

As I reflect back on this experience, I am disappointed with, depressed by, and even a little aghast at the disorganization, incompetence, and lack of cleanliness, initiative, and leadership I observed during this inconvenient and unpleasant experience at what should be one of my nation’s most noteworthy and prized destinations.

I’ll be honest: it was a bit infuriating.

As I reflect more on this episode, I am troubled at the negative performance patterns of countless organizations throughout America and beyond, of which this airport’s manifold issues is merely emblematic. While there are numerous positive exceptions to situations, circumstances, and experiences of this nature, and while some places do a much better job than others, it is evident to onlookers everywhere that a culture of apathy, negativity, and mediocrity is on the rise in the United States and throughout the world. As a result, nearly everywhere you look there are signs of atrophied character, ineffective, missing (if not absent) leadership, and a generalized apathy that has lowered the standard of living, travel, and pretty much everything else in a growing number of locations around the globe.

It is really sad.

It is also largely avoidable.

As I somewhat miserly brooded in my own misery and melancholy over the sorry state of the airport spoken of—and my inability to directly do anything to change or improve the situation—I realized more than ever how much SAL is needed throughout our deeply troubled planet.

I recognize and acknowledge that a negative airport experience is among the least of our troubles in the United States and throughout the Western World and beyond. Obviously, far greater challenges permeate virtually every corner of the globe. In comparison, the airport drama I experienced is an extremely minor issue. Why then would this story merit inclusion as a special, and originally unplanned, postscript to this two-volume academic text on Self-Action Leadership?

The answer to this question is found in the fact that the seeds of our world’s biggest problems are not germinated in ruined marriages, corrupted countries and corporations, murderous dictatorships, prison cells, skid row back alleys, or troubled organizations (including airports). The seeds of our deepest issues are planted in the minds, hearts, and spirits of individuals who, in turn, then infect homes, neighborhoods, schools, businesses, communities, states, nations, the world-at-large, and yes, even airports, with preventable obstacles and self-inflicted adversity and wounds—one neglected duty and responsibility at a time.

How tragic it is when we abandon our noble birthright and settle for less than that which we are capable. How unfortunate it is when we choose to exhibit a version of ourselves that is a mere shadow of our massive potential. What sullen and pathetic depths the human race (speaking individually and not collectively) often allows itself to sink into despite possessing the capacity to rise to unspeakably majestic heights.

According to Emerson, “a healthy discontent is good” for the simple reason that discontent properly channeled can inspire the human spirit to transform one’s environments in enlightened, positive, and productive ways. I confess that this 2-volume work was written, in part, out of a deep sense of my own discontent with my nation and the world around me.

I sincerely love my country and I deeply care about this world. I value its inhabitants—every last one of us—and I seek earnestly to do my part to make it a better place. Someday, when my spirit is finally set free of my earthen framework and my body is set to rest six feet under the surface of this world, I hope that Planet Earth will be a better place—if only in some small way—because I lived here for a while.

I hope the same for you.

My dear friends, native countrymen, and fellow citizens of the world: we’ve got to do better, and we’ve got to be better. Our future—and that of our posterity—depends upon it.

I invite you to join me in a revolution. Not a violent political revolution, nor an awkward or unnecessary social upheaval; but a personal revolution of character and will—a peaceful and productive movement that transforms the human mind, heart, and spirit into all it is capable of becoming. After all, according to Will Durant—that great historian of the twentieth century—that’s really the only real revolution that mankind can authentically foment.


Join me, and together we will make the world a better, brighter, and more beautiful, peaceful, and pleasant place to live—a place where we can mutually nod our heads in an affirmative acknowledgement of our accelerating ascent—rather than shake our heads in despairing disgust at our deepening decline.

We can do this.