Growing up, I was a very competitive kid.  My passions were running and basketball. 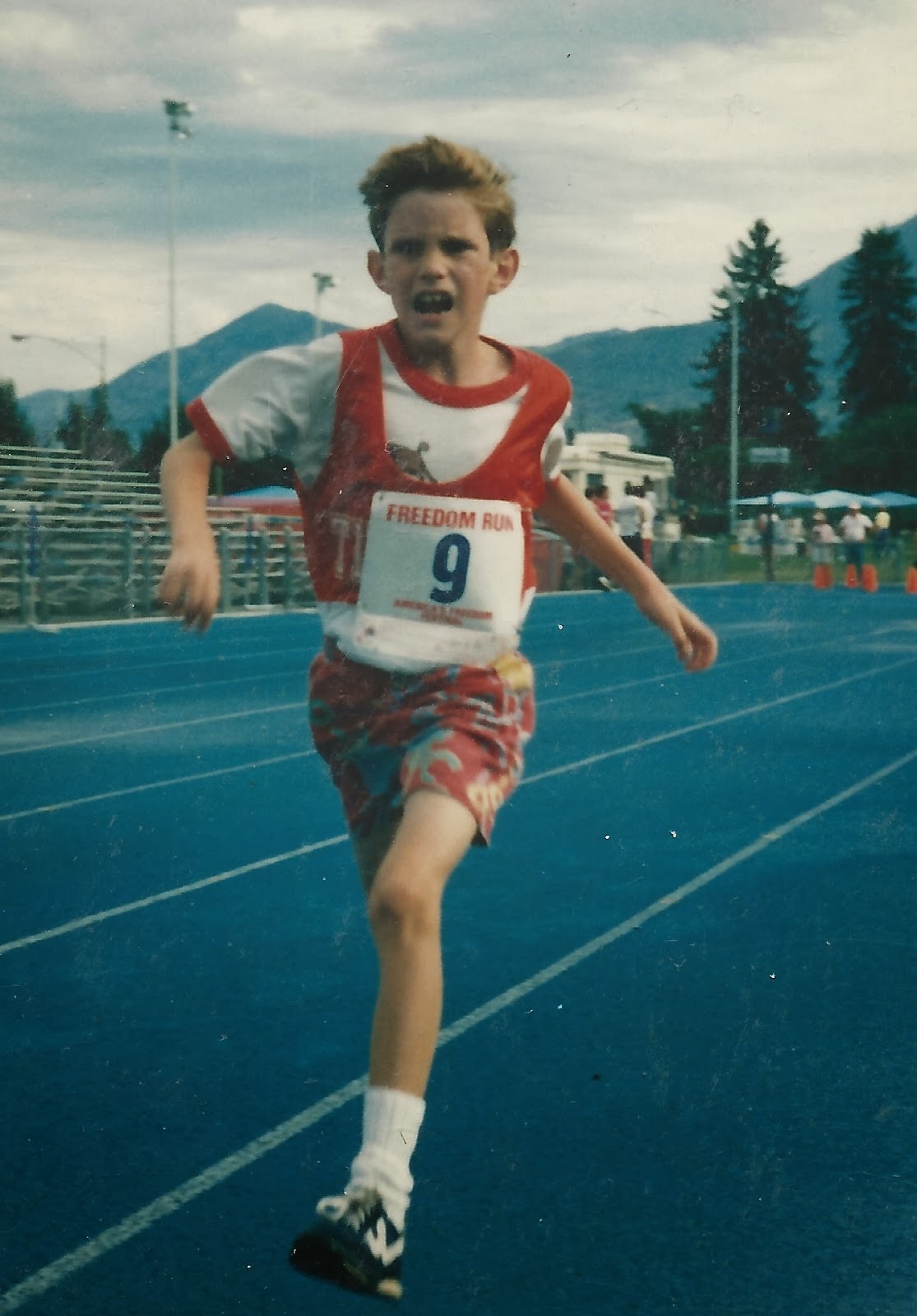 My goal was usually to beat anyone I was competing against.  This objective held up pretty well as a kid. I was always one of the first ones chosen on playground teams growing up, where it was not unusual for me to be "leading the pack."  In the process, I found enormous satisfaction from "beating others" in interpersonal competitions.

As a sophmore, I finished fourth at the Utah State cross-country meet.  For my Junior year, I set a goal to be the 2A State Champion.  I wrote down my goal and displayed it in a prominent place in my bedroom. That season, I worked hard.  I continually envisioned myself crossing the finish line before anyone else.  My focus and hard work paid off, and I accomplished my goal of becoming a State Champion.

But then something interesting happened: I got greedy.  I really liked the color and appearance of the bright, gold, first-place medal, and I wanted more and more of it.  The following spring, I set my sights on more gold.  This time, I would win all four of my events so I could get FOUR gold medals.

Long story short, I fell short of my track goal.  Instead of four first place finishes at state, I finished with two seconds, a third, and a fourth: zero gold!

I was very disappointed.  For many years after that, I viewed my senior track season as being largely a failure because I did not win any of my events.  This perspective was unfortunate -- and naive.  Why?  Because I had run personal best times in all three distances during the State Meet.  It was the best I had ever done before.  Regardless of my finish compared to others, I should have been very pleased with my performances. I had not yet learned my lesson in intrapersonal competition yet.

Several years later, after I had completed my 2-year mission, I was again running competitively, this time in college.  College was different than high school. Instead of winning multiple races and being one of the best runners, I rarely won.

Despite my lack of victories, I began noticing something in my performance that was enormously satisfying to me.  The three best races of my life were all run in college, and I did not win any of them.  What made them my best races? First, I ran a personal best time in each one.  Second, I knew in my mind and heart that I had given a complete effort; I had left it all on the track.  I may not have been winning races anymore, but I was getting better, and somehow, that was just as sweet, if not sweeter, than beating others.

The heightened level of competition in college taught me the great truth that there will almost always be someone out there who is bigger, faster, stronger, smarter, wealthier, and more talented than me, and that is okay!  In this world of over 7 billion people, no one else is exactly like me.  No one else has the same genetics, circumstances, and experiences I do.

This fact makes me at least one in 7 billion, and the same is true for YOU!

This does not mean that competing against others does not have its place, or that you shouldn't try to be better than your competition.  What it means is that competition with others should always be secondary to competition with yourself.  If you focus first on being your best, then your place among others will take care of itself.  If, on the other hand, you become too focused on beating others, you will waste time and energy that could be invested in bettering your own performance.

In our culture, we are conditioned for competition with others.  Media is littered with advertisements that implicitly pit you against the beauty, intelligence, and supposed sophistication of others.  You can't watch television without coming across all kinds of competition programming.  From sports and gameshows to reality shows like Survivor and the Bachelor, there is no shortage of high profile interpersonal competition available just a remote-click away.  This makes it extra challenging to focus your time and energy on intrapersonal competition.

To make matters worse, we often exacerbate these comparisons by pitting our biggest weaknesses against the greatest strengths of others, which is terribly unfair.  In the end, your whole perspective gets knocked askew of reality, and you are left feeling unmotivated and discouraged.

By focusing primarily on being your own best self, you not only increase the likelihood of turning in your own, best performance, but you also maximize your chances for success when you compete with others.  It is a win/win!

In what ways do you waste time and energy worrying about how you compare with others?

What could you do to reinvest this same time and energy in producing your personal best?
- January 20, 2014