As promised, today I share two examples of high profile, executive leaders who demonstrate that loftiness of position should not elevate anyone beyond doing what needs to be done, when it needs doing, no matter how seemingly lowly the labor at hand may be. These leaders exemplify the great truth that no one should be "above" scrubbing a toilet (literally or figuratively) or attending to any other necessary task. 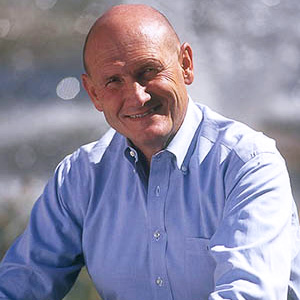 
Shortly after graduating from college, I got a part-time job as a retail salesman in a FranklinCovey store in Atlanta, Georgia. One day, my manager told me of an experience she once had with my Uncle Hyrum. She and her colleagues were setting up a table of Hyrum’s books to sell at a national FranklinCovey symposium. As they worked, Hyrum—the co-founder of the entire company—just happened to walk by. Immediately, he jumped in and started helping them complete the menial labor of setting up the table of books. My manager was surprised. Her comment to me was, “I didn’t think CEOs unloaded boxes.”

Hyrum’s actions left an impression on my manager that positively influenced her own leadership style. The story, in turn, left a positive impression on me. It continually serves as a reminder that no matter how high I may ascend within a hierarchy, I should never think myself too good or important to lend a helping hand when needed. And if that means setting up tables or washing dishes or scrubbing toilets, then so be it! If a job needs to be done, no self-action leader should ever consider him or herself to be above any honest labor that needs completing—no matter how lowly that work might seem. Hyrum’s humble actions demonstrate how a leader’s actions and interactions between other leaders and subordinates can influence a more egalitarian company culture.


Stirling D. Pack Jr., Ph.D., is a former senior vice president of a Fortune 500 corporation in the Houston, Texas area. Through hard work and diligence, Pack rose through the ranks of his company to eventually become a “big shot,” making millions and flying around the world on corporate jets.

Shortly before Pack retired, Nick—a lowly graphic technician—visited Pack in his office to present a thank you gift. Why? In Nick’s words: “You were the only senior executive in this entire company that ever treated me like a human being.”
Pack did not know Nick well. In fact, he had to think for a moment to recall how he knew Nick at all. Then he remembered: Nick had assisted him a time or two as an IT specialist by designing some slides for his executive presentations. That was the only association Stirling ever had with Nick. Pack did not tell me what he did or said to make Nick feel so valued; I don’t think he remembered himself. The point is that he did. Pack was the kind of leader who understood the great truth that no one is “just-a” graphic technician, “just-an” administrative assistant, “just-a” custodian, or “just-a” new hire.
Stirling understood that existentially speaking, he was no better than Nick. As such, he treated him with the same kind of respect and regard as he would have treated his own supervisor—the CEO of the entire company. All of the greatest leaders I have known share this intellectual understanding of Existential Equality, which Pack so effectively demonstrated in his interactions with other people, including—and perhaps especially—with his subordinates.
The story of Stirling and Nick remind me of a stanza of verse from the poetry of Henry Wadsworth Longfellow (The Builders):
Nothing useless is, or low;
Each thing in its place is best;
And what seems but idle show
Strengthens and supports the rest.
The best leaders are humble. They understand that one's own innate existential worth does not exceed any other human being—no matter how intelligent, gifted, or accomplished he or she may be. This realization instills within such leaders a deep reverence for their colleagues and subordinates. As a result, they treat other people as if they were the most important asset they have; because that is exactly what they are!