The ONLY REAL Solution to America's Current Race Problems

First there was Michael Brown.

Then there was Eric Garner.

My heart grieves at the horrible incidents that have taken place in our Nation in recent months.  I sincerely feel for the affected innocent in these avoidable tragedies.

While each of these situations possessed individually unique variables, all three are signals of recently declining race relations in the United States.  Race relations in the U.S, which seemed to be gradually improving for 150 years, have seemingly come to an unnecessary, yet screeching, halt at this, the close of the year 2014.

Did it really have to come to this?  Will the madness ever stop?  Is it our destiny as Americans to keep reliving the horrors of the past indefinitely into the future?  Wasn't the election of an African American President supposed to improve race relations in America?  Why do statistics consistently suggest they have, in fact, gotten significantly worse since Barack Obama took office in 2009. 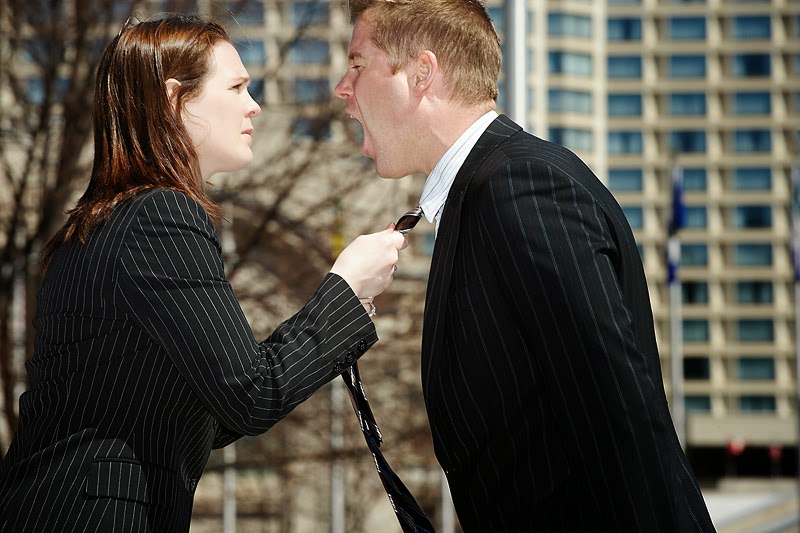 If the TRUTH be known, there is a way to end the chaos and terminate the terror, but the answer does not lie in finger-pointing, partisan politics, or the ceaseless bluster of a pettifogging punditry.  Nor do solutions lie in easily spoken words or rush-to-judgment rhetoric.  The answers lie in old-fashioned, common-sense action aimed at the very roots of the problem.

Where are the ROOTS of the problem?  They lie deeply veiled within the minds, hearts, and souls of individuals.

The solution to reaching, and then rooting out, these fetid tubers are THREE-fold.

SOLUTION 1: Develop and promote REAL role models in the African American Community and all other Communities. 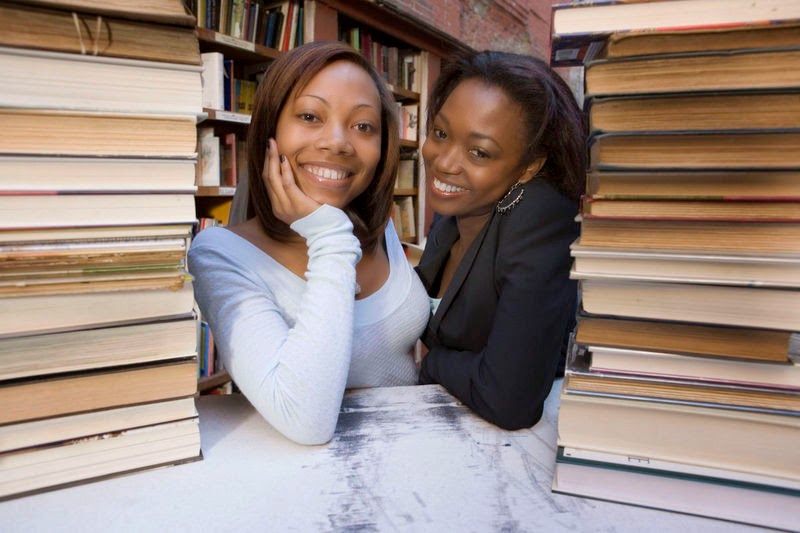 I am where I am today in large part because I grew up surrounded by good role models.  Without responsible parents, teachers, and mentors, individuals are like ships without a rudder--they will, in most cases, run predictably afoul of responsible behavior, ethical social mores, and sometimes even the law.  Good role models are needed everywhere: in business, education, politics, law enforcement, and throughout all communities, including the White community, the Asian and Hispanic community, and the Black community. This article focuses on the need for role models in the latter.

I was a part-time substitute teacher in Atlanta, Georgia, and a full-time teacher in Houston, TX for a combined five years.  I have worked with a lot of young African Americans from mid-lower class demographics over the years.  After these experiences in education, what message would I share with America about this particular student population?

I would say that a vast storehouse of talent, intelligence, and creativity exists among these bright and capable young people.  I would add to this that some of this creativity, intelligence, and talent is untapped due to serious issues at home, at school, or both. In the last analysis, I have concluded that when given the opportunity to be properly taught and mentored at home and school, most young African Americans will choose to exercise the self-leadership required to rise to the full measures of their extraordinary potential.

Examples of extraordinary ROLE MODELS already exist in the African American community--as many people well know.  For anyone unfamiliar with such persons, I am deeply honored to introduce to you two good friends of mine: Felicia Cockrell & Dr. Nathaniel J. Williams.

Felicia was raised in Chicago on the infamous South Side of that famous city.  She faced many of the same challenges that others confront growing up in difficult and dangerous neighborhoods throughout urban America.  Through self-leadership, Felicia is now a college graduate and successful mother and business professional.

Nat is from the Bronx.  He was orphaned at age five.  Like Felicia, he faced enormous challenges amidst a peer group that often embraced alcohol and drugs, sexual permissiveness, violence, and other socially detrimental behaviors over habits of self-discipline and respect.  Through the dedicated exercise of self-leadership, Nat now has FOUR advanced degrees, is a husband and father of eight children, and serves as the executive director of a multi-million dollar not-for-profit organization.

Through the exercise of extraordinary self-leadership, Nat and Felicia were able to transcend difficult circumstances and overcome great odds to become highly educated, professionally successful, sterling examples of the greatness that countless other African Americans are capable. 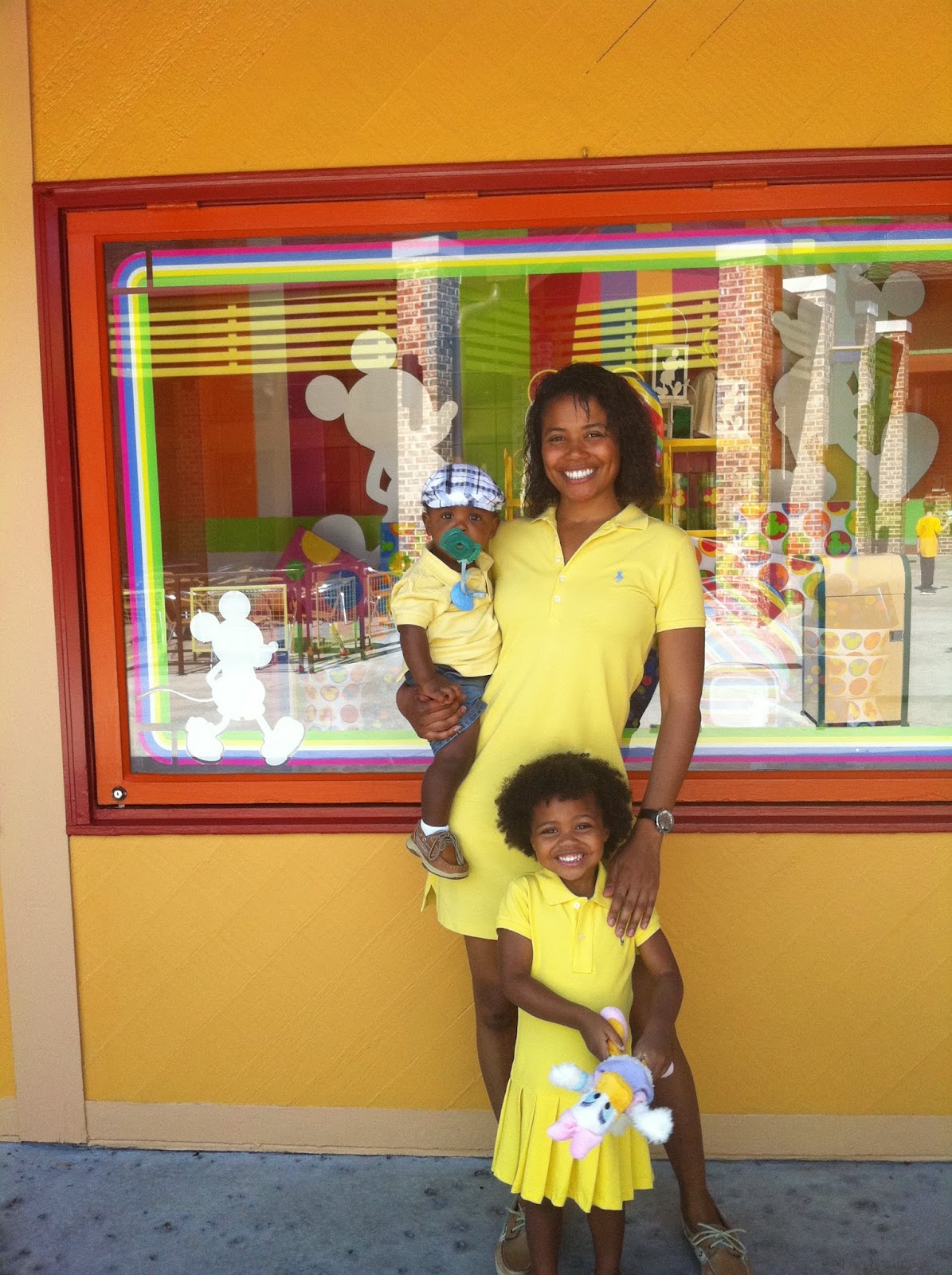 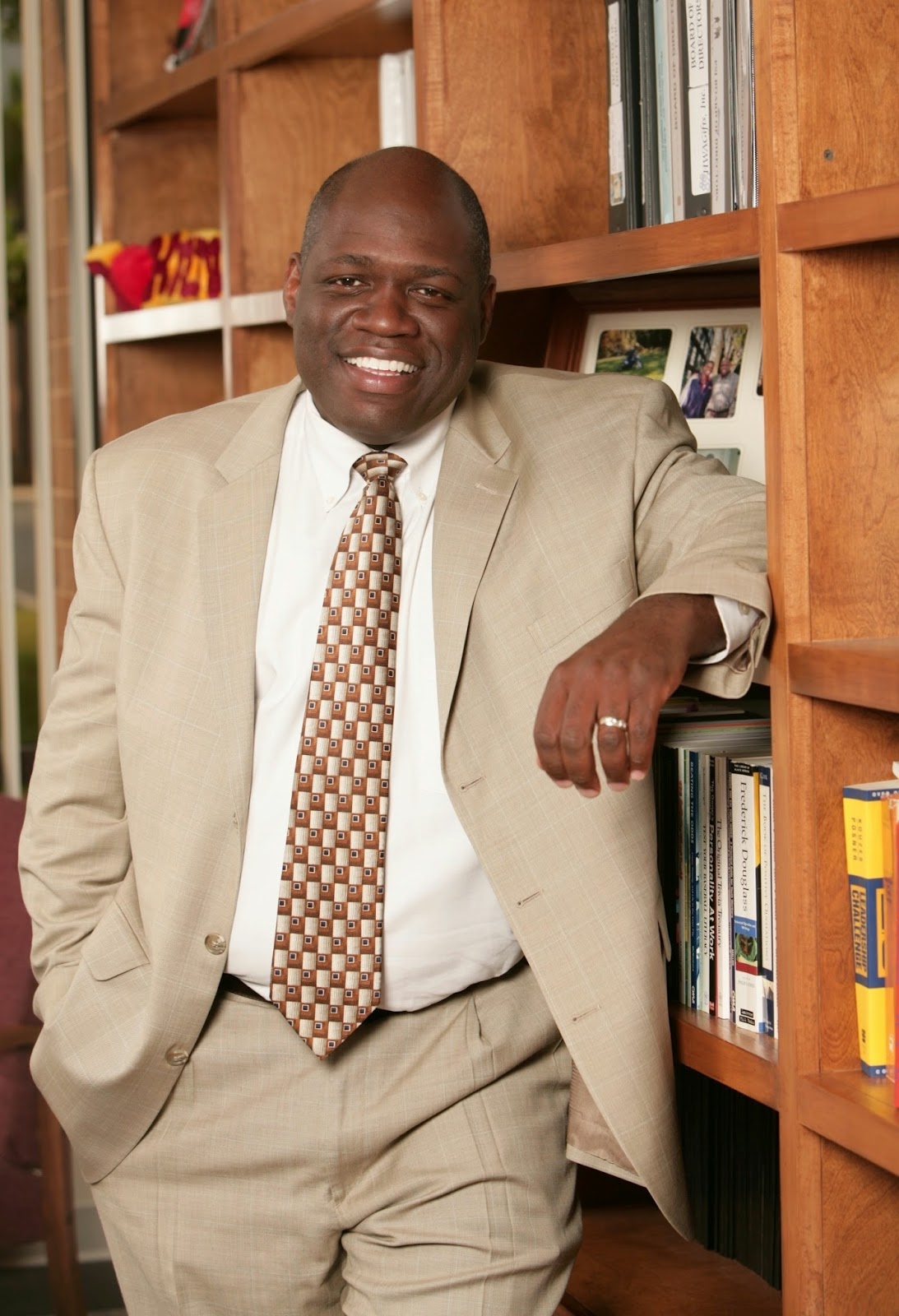 
SOLUTION 2: Acknowledge and build upon the inherent goodness of the USA. 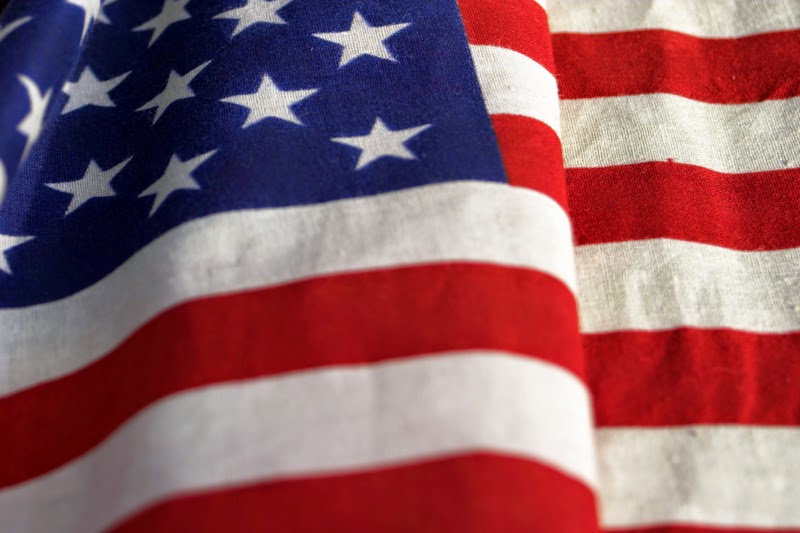 The idea that the United States is inherently a bad country that seeks to keep some of her citizens down has been allowed to unfortunately proliferate into many corners of our society.  The result has been to infect the minds of many individuals with the mistaken notion that our nation is somehow fundamentally flawed--or even worse--evil.

Let's start by facing the facts of our Nation's imperfections.  No honest or educated person denies the horrors of slavery, the disenfranchisement and mistreatment of African Americans throughout the U.S.A's spotted history of race relations, and the occasional aberration from decent and just behavior exhibited by evil individuals--including persons in positions of formal power and authority (i.e. law enforcement personnel).  Moreover, the cold, hard, truth is that speaking collectively and not individually, African Americans do have it harder than any other racial group in America.

However, no honest and educated person can rightfully deny that the United States of America has made remarkable progress in its collective, cultural treatment of African Americans.  Today, there is perhaps no other nation on Earth that offers more opportunity to Blacks than the United States.  Aside from the countless African American success stories in American business, government, education, entertainment, and athletics, how many other nations in the Western World can claim to have freely elected a Black President, and not once, but twice?

Aside from being the epicenter of opportunity for African Americans around the Globe, America is also the most magnanimous nation in the world--by far.  When it comes to generous giving and service, no other major nation comes even close to the U.S.--individually or collectively.

Isolated incidents of evil will always occur among a free populace of over 300 million people.  But isolated incidents do not define an entire nation.  The implicit or explicit bashing of America is therefore a huge part of the problem.  Until we can unite in acceding our nation's innate goodness--while never ceasing from striving to perfect her lingering shortcomings--things will only get worse.  It is time for all of us as U.S. Citizens to stop being fault focused, and start being Freedom Focused.

I have always been inspired by Barack Obama's vision of there not being a "Black America" or "White America," but a "United States of America."  I agree with and support his vision as stated in his famous 2004 Democratic National Convention Speech.  In some ways, I think this address ranks among the greatest American political speeches of the past generation.  It is my hope that President Obama's vision may yet be realized through the power of education and role models.

READ: Admitting America's Shortcomings While Ever Building on the Unprecedented Strength of her Great Foundation.


Real problems never begin in institutions.  They always begin inside individual persons, who in turn, can then infect institutions.  Likewise, real solutions to serious, collective problems are always rooted inside the minds, hearts, and spirits of individual men and women, boys and girls.

The single greatest solution to issues of race facing the United States of America in the twenty-first century is EDUCATION.  But education in what?  Your truth?  My truth?  His truth?  Her truth?  The Democrat's truth?  The Republican's truth?  The Libertarian's truth?

The answer is: Education in the TRUTH. 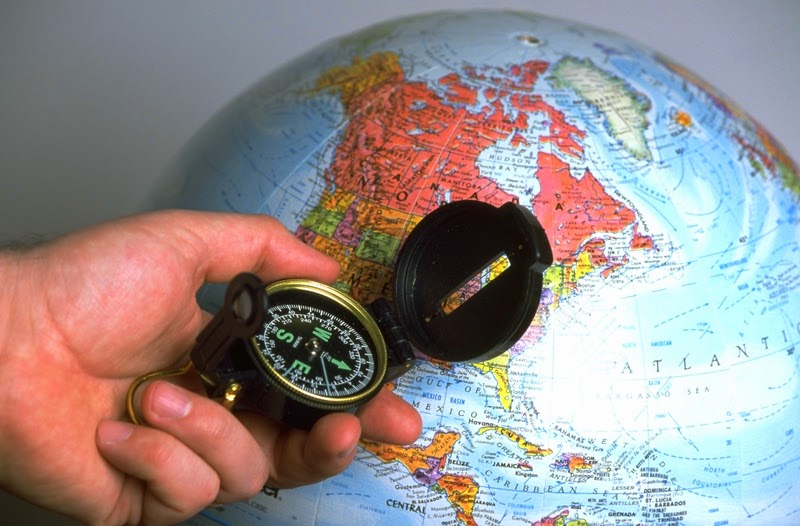 As naive, arrogant, or simplistic as this might sound, it is, in fact, reasonably rooted in nothing other than basic common sense--a science and art that have become increasingly uncommon throughout the United States in recent years.

Moreover, discovering, isolating, and proliferating the truth does not require us to embrace a single political party, religious dogma, or philosophical ideology.  It merely requires the consultation of conscience and the search for facts in an effort to expose the countless fictions presently permeating our troubled culture.

The TRUTH we illuminate at Freedom Focused comes originally packaged and freshly delivered as a timeless message of personal integrity and common sense.

The message is called: SELF-ACTION LEADERSHIP. 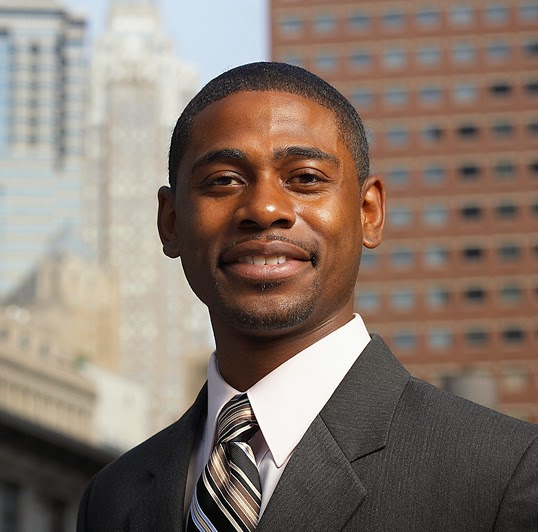 Self-Action Leadership seeks to unite all Americans in an individual and collective embrace of True Principles that every honest and educated person can agree with.  This includes the great truth that, "warts and all," America is the greatest country the world has ever known.

We are all in this together.  It's not only about you and your family.  What are you doing to serve as a force for good throughout your communities, states, and our Nation?  Whatever your plan, remember that it all begins with Personal Change.  It all begins with the one.  It all starts with you and me.  You can make a difference, simply by striving to be a better person than you were yesterday or last month or last year.

Join me, Dr. Jordan R. Jensen, and my colleagues at Freedom Focused LLC, today by adding your voice to the choir that will once again make the United States of America the Last Best Hope of Earth.

Visit us online at: www.freedomfocused.com